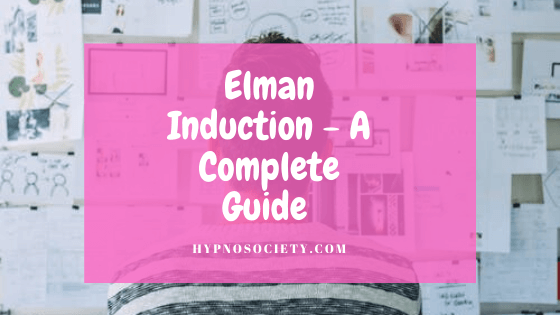 The Elman Induction is a hypnotic induction style that gets anyone into a somnambulistic trance in less than three minutes. The effect is a deep hypnosis on the subject that progresses quite rapidly. Hence, it’s a good starting point for anyone new to hypnosis.

Now, with a sudden surge in hypnosis, you’ll find so many versions of the Dave Elman induction. For, many hypnotists try to customize the technique as their own. But, only one such method can be correct. And, that’s what this guide is all about. We want you to do the induction the right way. In turn, you should produce somnambulism with a subject quite rapidly. For, it makes no difference if it is your subject’s first time experiencing such a trance. Are you up for it? Let’s get started! 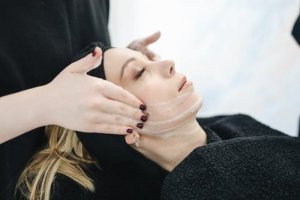 Most hypnotic inductions have specific ‘scripts’ that the hypnotist has to follow to get the subject into a trance. Yet, this script must apply to your particular audience.  What this means is, you may have to change the text to fit your audience or subject. And, unlike magic, there is no set of words to get your audience into a trance. Hence, for a hypnotic induction to succeed, the hypnotist must change the script to make it suitable for his subject.

Standard hypnotic inductions include the stealth technique and the pace and lead technique. Yet, the proper old Dave Elman Induction technique stands out. Hypnotists that use it know it works. It doesn’t matter whether it is a new or a repeat subject. How does it work?

In a typical Elman Induction process, the hypnotist assists the subject in relaxing by taking him through the following five steps: -. 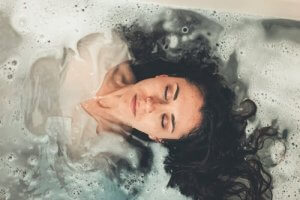 First, the hypnotist asks the subject to close his eyes and take deep breathes. The person is then to visualize that he is in a relaxed state such that no matter how hard he tries to open his eyes, he can’t do it.  In essence, the hypnotist is encouraging the person to relax his eyelid muscles to the point that he has no control over them. Indeed, after a few seconds, it becomes hard to open the eyes, no matter how hard the subject tries. 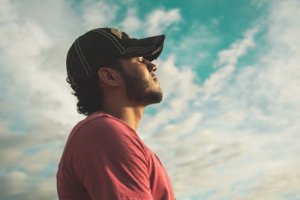 In this stage, the hypnotist wants to extend the eye relaxation to the rest of the body. Hence, he will tell the person to visualize this relaxation permeating his entire body. Further, he uses soothing words and cues that shift the subject’s attention to a relaxed state from head to toe.  That is, the hypnotist asks the audience to open and close his eyes on cue gradually. Then, after opening the eyes, he should close them whenever the hypnotist drops his hand in front of him.  The subject should picture himself going twice as deep into relaxation with every opening and closing of the eyes. 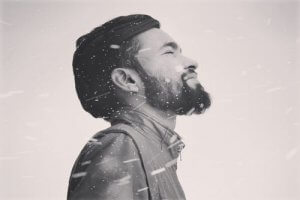 Now, the fractionation stage involves repeating the cues for about six times. That is, the hypnotist requests the subject to open and close his eyes. Each time, he should see himself going twice as deep into relaxation, at least six times. On the sixth time, the hypnotist will pause and observe the subject. He checks the way he breathes, his looks, what he says, and all his other vital functions.

The Arm Drop Deepener step is a test to check on how effective the hypnotic induction is so far. Hence, the hypnotist will tell the subject that he is going to pick up his left arm by the thumb and then drop it. The hypnotist will then say to the person that he expects the hand to be loose and limp. He’ll even discourage the subject from helping him do this.

Even as the hypnotist does this quick test, he will continue encouraging his audience to go deeper into relaxation. More so, if he senses that the audience is faking the arm drop. For, we expect both the hypnotist and the subject to execute the script to the letter. This way, the person should not be able to hold his arm up during this stage.

The final step in the Elman Induction is a mental relaxation using either number blocks or letters of the alphabet. Hence, if the hypnotist is using numbers, he will ask the person to count backwards, starting from 100. Further, the hypnotist tells the subject that with each numeral he counts, he should slip twice deeper into a mental relaxation. Then, in a few minutes or a few numbers, the person will be so relaxed that he won’t see any more numbers to count.

Hence, the subject starts counting backwards in his mind, saying, “deeper relaxed” with every count. The hypnotist has to believe that the person is doing the counting since he utters no words. Also, the hypnotist continues to encourage the person to keep counting as much as possible to vanish the numbers away.

A person who acknowledges that all the numbers are gone is now in a somnambulism state. It is a positive mind frame where the subject will be more willing to submit to the hypnotist’s instructions. Hence, the hypnotist can now proceed to use other techniques to assist the person to heal from whatever issue he has.

Benefits of the Dave Elman Induction

Tips to Getting the Elman Induction Right the First Time

A seasoned hypnotist stays in control of both his subject and broader audience. He does this by choosing an average person that is neither too excited nor too resistant to his performance. Plus, he gets his subject ready for the session by explaining what the person is to expect. The hypnotist must know how to read his subject’s body language and use it to his advantage. And, in case the session does not go as planned, the hypnotist should know how to keep his composure. Then, he should find a quick exit that will neither upset nor excite his audience.

One of the issues most hypnotists face when attempting the Elman Induction technique is having awkward moments halfway through the session. You can easily avoid such mishaps by maintaining a natural flow of the steps. That is, use a language and words that are relatable to your audience. Learn to adjust to the way your subject is responding to your instructions. Know that different people react differently to hypnotic induction. Hence, do the Elman Induction with an open mind.

Note that, each step in the Elman Induction is a buildup to the next level. Hence, follow the steps as per the script. It does not matter whether your audience gets into a trance while you are still in the first step; you have to go through the rest of the steps. Also, don’t ignore a failed level. It would be best if you got one step correct before moving to the next. Otherwise, your entire session is bound to fail.

Never let your subject to keep the eyes open for longer during the fractionation stage. Instead, the person should open and shut the eyes in a split second. Remember, in the beginning; you tell your subject to focus on a stationary object ahead of them. It is this focus that helps to sustain the hypnotic induction as you go through the steps. It can be tough to maintain this focus when the person opens the eyes and gets distracted by something else happening in the room.

Now, if you ask the subject to count back from 100, and he seems to be taking forever to finish, then something is not right. It could be that the person is overexcited by what he is feeling. Or, he can’t seem to banish the numbers by himself. When this happens, repeat the arm dropping technique. This time, you will tell the subject that as you drop the arm, the numbers will banish from his mind. Then, you do it a second time, this time asking the person if the numbers are now gone.

As you master the Elman Induction technique and get the positive results you want, don’t be tempted to adjust the steps to add your flavor to it. It won’t be as effective as the original version. The Elman Induction is logical and efficient the way it is. Let the credit go to Dave Elman, the inventor of the hypnotic induction.

Who came up with the Elman Induction technique?

Dave Elman. He was a hypnotist who chose to teach hypnosis to medical professionals. He believed that therapeutic relaxation has benefits to patients undergoing any traditional therapy. More so, it helps in preparing patients for delicate treatment, including surgery.

Can you customize the Elman induction?

No. Many hypnotists try to come up with their version of the Elman Induction by adding their styles to it. They always think that by doing so, they can make it work better. Yet, they realize that such attempts don’t work. In contrast, any change to the technique ends up lessening its effect.

The Elman Induction seems quite complex. Or, is it?

Not really. It is a logical technique that is easy to do and follow. Remember, there is a series of words that you must use on the subject. These words guide the subject to achieving the kind of response you want. For best results, use words like, ‘shortly’ or ‘in a moment’ so that the subject can expect the next step.

Is the Dave Elman Induction an instant hypnotic induction technique?

The Elman Induction is deep trance hypnosis that works in minutes. It lets the hypnotist guide the subject through a series of instructions to get the results he wants. Still, the hypnotist has to exercise caution and follow this script to the letter. Otherwise, he will struggle to get the subject into a trance. We hope this quick guide gives you all the answers to the queries you may have about the Elman Induction. Now, start practicing today!