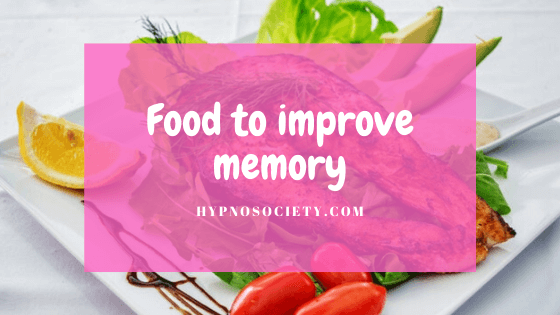 Playing charades can put into perspective how much you need your brain to recall things. That is the case in a lot of context in our lives, especially when it’s important, particularly in the workplace.

If you find that you forget dates, assigned tasks, and other important things in your daily life, it’s time to nourish your brain. 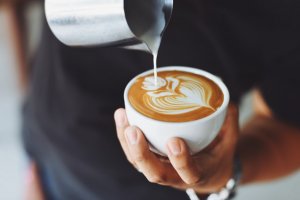 If you drink coffee religiously, then you’ll be more than happy to know that your consumption is indeed making a difference in your life. The two aspects that make coffee good for you is both the caffeine and the antioxidant properties it has.

Caffeine helps to increase alertness because it blocks adenosine, the hormone that makes you sleepy. When we are sleepy, our memory is far from great. Apart from keeping you alert, coffee does sharpen one’s concentration and makes us more effective at work. 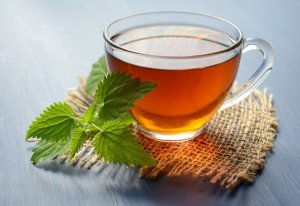 If coffee is not your thing, then you’d be happy to know there’s an alternative for you. Tests do show that green tea does have the ability to boost brain function. It helps improve alertness, focus, memory, and performance too. An aspect that also makes it friendly for brain health is the amino acid L-theanine found in green tea.

It crosses the blood-brain barrier and facilitates the increase of GABA neurotransmitters, which do assist in reducing anxiety and making you generally feel more relaxed. Green tea also has polyphenols and antioxidants that equally can protect the brain from mental decline. 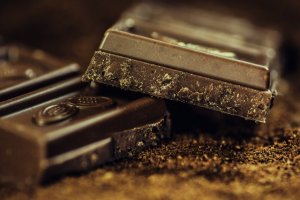 Equally, if you’re into dark chocolate, then you’ll be happy to know that you’re on the right track to improving your memory. The reason dark chocolate is essential is that it contains cacao, which contains flavonoids that are in the antioxidant category.

There is some evidence that cacao has the potential to encourage neuron and blood vessel growth in areas of the brain related to learning and memory. Overall, it also stimulates blood flow in one’s brain.

If you drank cod liver oil as a child, then it’s no surprise that fatty fish is still essential for your brain functions. The best kind of fish to have is sardines, trout, and salmon, as they have rich sources for omega-3 fatty acids. It helps with a lot, not just one’s memory.

It aids in fighting depression and anxiety, improve mental disorders, and even reduce symptoms of ADHD in children. 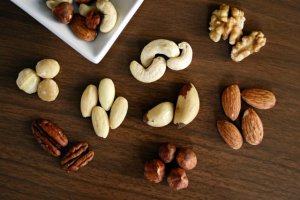 Nuts and seeds are also both good sources of omega-3 fatty acids and also antioxidants. Some studies show a higher intake of nuts, especially in older age, which gives you better brain function. Seeds and nuts are a rich force of Vitamin E, which is linked with cell protection against oxidative stress that free radicals bring.

There are equally some data showing that Vitamin E has the potential to improve one’s cognitive function and reduce the risk of getting Alzheimer’s disease.

Berries contain flavored antioxidants, which are what make berries good for our brains. Particularly, there is attention to blueberries and also other berries when it comes to improving our mental well-being.

The reason is that they provide the body with anthocyanins that have both anti-inflammatory properties and antioxidant effects.  Combined, they counter the brain’s aging and even neurodegenerative diseases. Some of the antioxidants also increase in the brain when you ingest berries and improve communication between brain cells.

Broccoli is not merely a fantastic source of fiber, but it is potentially considered good for the brain. That’s because broccoli is rich in compounds known as glucosinolates, which give broccoli and even Brussel sprouts their pungent aroma and bitter taste.

When broken down, these compounds tend to reduce oxidative stress and generally reduce the risk of getting neurodegenerative diseases. Foods with glucosinolates are also rich in minerals. Other cruciferous vegetables that have similar properties as broccoli include cabbage, Brussels sprouts, cauliflower, turnips, kale, and bok choy.

Foods made from soybean products are rich in antioxidants known as polyphenols. It’s scientifically thought that these antioxidants can reduce the risk of dementia and also improve one’s cognitive abilities even as they age.

In general, soy products do contain a lot of antioxidants that prove to benefit the whole body, which, by extension, benefits the brain.

What pumpkin seeds are known for is their ability to protect the body and brain from free radical damage, thanks to their powerful antioxidants. They are also an excellent source of iron, copper, zinc, and magnesium. The symptoms of iron deficiency tend to be impaired brain function that feels like brain fog.

Copper is important for the brain because it gets used to help control nerve signals. Should the levels below, a person risks getting neurodegenerative disorders. Zinc is also a crucial element in the body in relation to nerve signaling. Lack of it in the body has gotten linked to neurological conditions.

Lastly, magnesium is essential when it comes to learning and memory. Therefore, you want to eat pumpkin seeds as they contain these micronutrients.

Curcumin is the active ingredient in turmeric, and it scientifically shows the ability to cross the blood-brain barrier. That shows that when you take it, the benefits are indeed immediately felt in the brain cells. Why that is a huge deal is because you can feel the effects of curcumin in your mind.

When in your brain, it can aid in benefit one’s memory and also fight other memory-related illnesses. The compound is also known to boost serotonin and dopamine and thus ease depression.

What that matters is that when someone is in a depressive state, their memory doesn’t function as it ought to. Lastly, turmeric can help in new brain cell growth that boosts neurotrophic factors within the brain. 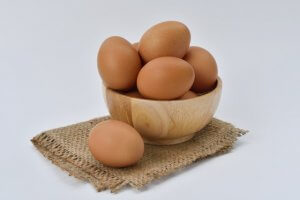 There are several nutrients within an egg, the yolk to be particular, that are tied to brain health. They include vitamin B6 and B12, as well as choline and folate. Looking at choline, it is a micronutrient that the body uses to create neurotransmitters that aid in regulating one’s memory and also mood.

A higher intake of the same shows that you can indeed improve your memory and mental functions. As for B vitamins, they have shown to play several roles when it comes to brain health.

For instance, they appear to help in slowing the progression of mental decline in the elderly. Low levels of the same are also evident in those with depression.

When you eat one medium orange daily, you get your required vitamin C intake. It is also an essential antioxidant in the brain, and it does more, including playing a role in preventing age-related cognitive decline.

Being an antioxidant, it also helps in fighting free radicals that damage brain cells. A lot of fruits and vegetables, such as broccoli and cauliflower, are also rich in vitamin c.

This list of food is not exhaustive, but it is a sure great place to start if you want to see improved memory.