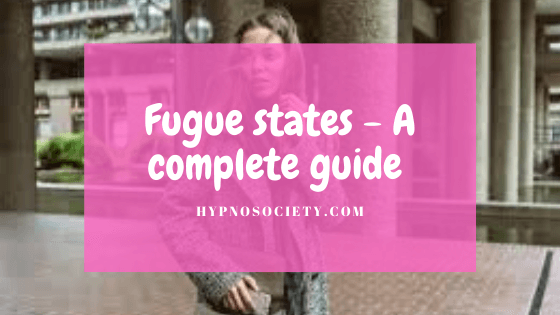 In this article, we are indeed going to look at what a fugue state is. Though rare, it is essential to understand it for yourself and the sake of those around you.

What is Fugue state

The Fugue state or psychogenic fugue, currently called the dissociative fugue, is a dissociative disorder. It is a rare psychiatric disorder and is characterized by reversible amnesia.

A person with dissociative fugue forgets their identity, along with their memories, personality, and other characteristics that identify them as individuals. The person can remain in the fugue state for a few days or months, and in some cases, even longer. The root word fugue comes from the Latin word for “flight” or “running away.”

The origins of the fugue state are found in French publication Mental State Hystericals of 1901.  It was based on a woman who would go into a state of hysteria, then run away and act like an entirely different person. The only time the woman became aware of her strange behavior was when she was put under hypnosis.

According to the Diagnostic and Statistical Manual of Mental Disorders (DSM-5), the fugue state usually manifests itself with unplanned travel or wandering. However, to the outside parties and the person themselves, they are not traveling or wandering.

Even though the individual is in a fugue state, there is apparent purposeful planning of travel or the other extreme is bewildered wandering. What makes it specific to fugues state is that someone gets amnesia of their identity of additional auto biological information.

In some cases, the individual can end up forming a new identity. Something unique about the fugue state is that once someone recovers, their memories come back unaltered, and there is, therefore, no need for further treatment.

What is the difference between the fugue state and Amnesia? 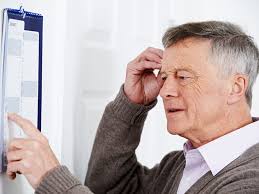 When a person dissociates, they are detached from their usual thoughts and other activities. That could be if they are reading a book or movie, or when daydreaming. It generally describes being lost in touch with our surroundings.

However, according to the DMS5, when a person dissociates, they have a problem with their memory, emotions, identity, and sense of self. That is the difference between every day dissociate and dissociative fugue. For the first, the state of being doesn’t affect daily functioning, while for the latter, it does.

There is popular fiction that has indeed displayed a fugue state, and with that, it is easy to think that it is something that happens only in movies.

Given that it is quite natural for these narratives to shape how we look at life, psychiatrists caution that people don’t entirely dismiss people with symptoms of fugue states. The cases are indeed rare, but they do happen, and the general society must understand the same. According to statistics, it happens to about 0.2 percent of the population.

The bottom line is that, for someone with amnesia, the forget details while someone in a fugue state will remember everything. Also, the reason why a person goes into a fugue state as a defense mechanism. For the individual, it is a defense against trauma, and they do so by disconnecting to avoid psychological distress.

It is not something done consciously, but the mind has a way of doing that. The result is that a person is mentally and also physically escaping from an environment that they find threatening, or they cannot tolerate it. That tends to happen more in adults than in children, though the triggers tend to be childhood trauma.

What causes a fugue state? 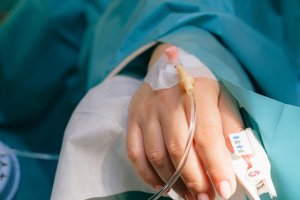 In cases where a person has taken psychotropic substances and gotten into a fugue state, it is not then considered to be a psychiatric disorder. Other examples include when a person experiences physical trauma or when they have a medical condition.

It is typical for someone undergoing long-term traumatic episodes to enter into a fugue state, such as childhood victims of sexual abuse. For them, to cope with the trauma, they end up dissociating memory related to the violence.

Other instances where a person can enter into a fugue state is if they are experiencing severe financial or marital distress. Depression and alcohol abuse can also cause the same.

In the example of alcohol abuse, it is not uncommon for a person to enter into a fugue state where they are functioning but have no recollection of what happened. It is what people also refer to as being on “auto-pilot” where, for example, you wake up home in bed, but you cannot remember how you got there.

However, that is not to say that a person is per se in a fugue state.

When a person gets out of a fugue state, they enter into a mild state of confusion. However, it doesn’t stop there. The individual might experience discomfort, shame, anger, grief, or depression that comes about from remembering past events or their identity.

The doctor is often able to make the diagnosis after the fact, that is when the individual reports finding themselves in circumstances that were not typical of them before the state occurred. Often, the presenting issues are that the one reporting lost time where they are not aware of what happened.

How do you diagnose the fugue state? 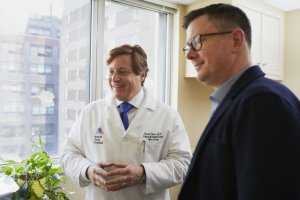 A doctor can use the DSM5 to ascertain if one has a fugue state. One of the telling signs is that they are confused about their identity, or when someone confronts them about their past or new identity.

Even then, the doctor has to undertake a physical test to ascertain that the fugue state is not caused by physiological symptoms or other factors that might cause memory loss. That said, one cannot always diagnose a fugue state until someone reverts to how they were before the disorder.

Ultimately, dissociative disorders are indeed mental illnesses, and they cause disruption or a breakdown in memory as well as conscious awareness. Also, a person might be unaware of their identity or how they perceive themselves. When any of these happen, that is how the doctor can form a diagnosis.

Overall, the doctor is looking out for things that interfere with a person’s daily functioning, which includes work and social activities as well as relationships.

Once the diagnosis is made, the doctor will proceed to do a full medical exam. Though no lab work can be done to diagnose dissociative disorders, the doctor can use different diagnostic tests such as electroencephalograms (EEGs), neuroimaging, and blood tests.

The purpose of these tests is to ascertain if the fugue state got caused by a physical illness or the side effects of any medication. The doctor has to be sure that there are not other factors that are causing the dissociative fugue. If there were, the first approach would be dealing with the underlying issue.

It requires ruling out what we have mentioned ensuring that the individual gets a proper diagnosis. If all the test rules out physical illness, then the person gets referred to a psychiatrist or psychologist.

Examples of the fugue state 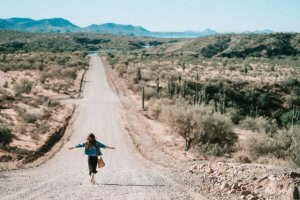 An instance of a fugue state is when a person travels to a foreign designation and establishes a new life. When they come out of the fugue state, they will be confused about their whereabouts and question those around them at the time.

The doctor at this time can establish the diagnosis through collecting information. It captures the events before the person, for example, leaving home, traveling, or even setting up a new life as someone can if the fugue state lasts months.

The other example of a fugue state is when an individual experiences functional amnesia specific to a situation. It can come about from violent experiences or traumas. For instance, it can happen when someone experiences a “blackout” after going through something traumatic where they cannot initially recollect what happened.

Examples of where this can happen are in the event of an automobile accident, a natural disaster, after attempting suicide, or when you commit, witness or experience a homicide or a crime of a violent nature.

A fugue state can end abruptly or gradually, but the fact remains that a person is unable to remember what they did when they were in a fugue state.

Some also liken the experience to sleepwalking where you wake up in an unfamiliar location and wonder how you got there. What does remain is that even after recovery, a person might have lingering questioning of their identity.

Difficulties in diagnosing the fugue state

There are instances where an individual can feign a fugue state to avoid taking responsibility for a crime they have committed. In such a case, the doctor has to work with law enforcement or also use their judgment to establish the legitimacy of the claims.

The reason for that is that there are people who can fake amnesia so they can gain legal or financial benefits. The cases of fugue state are not uncommon, but the doctor/ psychiatrist must be able to make the distinction.

For those who have experienced the fugue state, the experience is emotional, and it requires one being handled with care. One can only imagine the sense of both confusion, panic, and other associated emotions that come with realizing what happened.

The doctor, and those around them, ought to be sensitive in the course of getting the person back into the state they were in before, or as close as possible. It is worth noting that instances that have attracted media attention tend to show repetitive accounts of dissociative fugue, and not merely one account.

In some cases, an event that triggers a traumatic event causes one to go into a dissociative fugue.

How to treat someone who’s experienced a fugue state 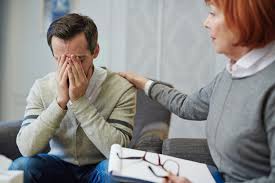 There is no laid-out treatment when it comes to treating someone with dissociative fugue, mainly because it is a rare condition. However, there are things that one can do. That includes removing someone from a stressful or threatening situation that might contribute to an episode.

Also, psychotherapy is another way to go about it, where the person gets support and an empathetic ear to come with what has happened.

For therapy to be effective, it is vital that the person feels safe. In that way, they will be open to treatment. From there, they can learn healthy coping mechanisms on how to manage general stress and also psychological pain.

Cognitive-behavioral therapy (CBT) is also one of the ways to help the individual overcome how they look at situations and what they can actively do to change them. Should a person with depression or anxiety enter a dissociative fugue, medication is one of the avenues a doctor can use to prevent a recurrence.

It is also crucial that the person gets a support system around them. It can indeed be hard for the family and friends of the person who has dissociative fugue. That is especially so when the person goes missing, and those around them don’t know where to start looking for their loved one.

It can be distressing. Even then, the family ought to understand that dissociative fugue is a mental illness, and the person needs help to overcome it. Being hard on the person, if anything, would cause the person to regress and even increase the likelihood of the person going into another episode.