How Do Mentalists Guess Numbers 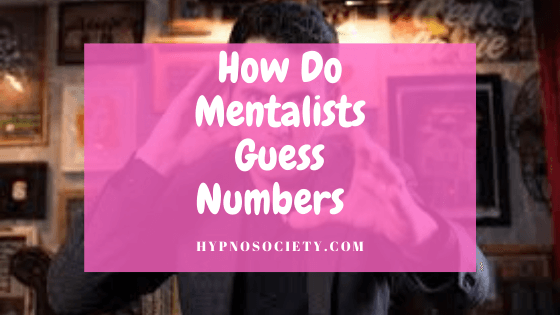 Mentalists are very smart individuals who have devised tricks that can make one believe that they actually do know their pin numbers or pass codes or even phone numbers.

When they are doing these tricks they will most likely find a way of diverting their audience’s attention, before they pull the trick on them.

Remember that they understand that it is not easy to bypass the conscious mind and therefore, they have to find a way to make sure that your conscious mind is diverted somewhere else.

Here are some tricks that mentalists use to guess numbers 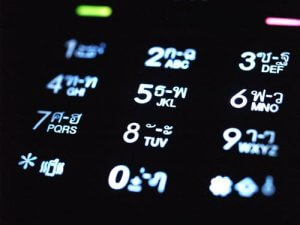 Take for example when they want to guess a person’s phone number, they will first ask the person to think and repeat their number in their head over and over, which will then create the impression that the mentalist is reading their minds.

After this, they will pretend that they are writing the phone number down, of course in front of an audience, and then ask the other person to write their phone number and show it to the audience.

And indeed they didn’t know, however, they normally have something called a swami pencil that is characteristic of a small plastic attached to their finger, and it also bears the same color as that of their fingers.

So what they do, the moment the participant reveals their number to the public, they also write it down very quickly with the Swami pencil and pull it for the audience to see and the participants, then get convinced that the mentalist knew their number.

However, you have to have done some good amount of practice to be able to pull the number writing trick using the swami pencil.

The trick has been used so much on the street, when the mentalist would ask a person to write down their pin number and show it to the public, and then use the swami pencil to write the same number down and fool the public. 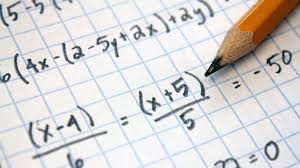 Another scenario where mentalists pretend to guess numbers when they actually use tricks to make you think that they already know your number is by using simple math calculations. Here they will ask you to think of any number and then ask you to add the highest number that follows the first number.

You will then be asked to add nine and divide it by the number 2, and then you will subtract your results from the first number. Now, the trick here is that no matter what the first number was you will always end up with 5.

And that is when they will astonish you by saying that you were thinking of the number five and your poor self will not be able to see through the trick thus end up believing. 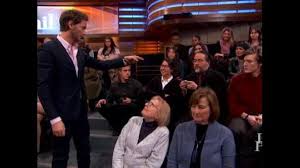 The envelope trick has to be the most common number guessing trick in the book, yet there are still some folks out here that will be swept off by it. So what happens is that the mentalist will ask their audience to think of a number between 1 and 1000, and then request for volunteers to come to the front.

They will then get about three or four individuals and give them one writing pad, where they are to write down the numbers that they had thought of.

So each one will write down the numbers in their minds and just as the last one finishes, the mentalist will then get another volunteer from the audience and ask them to add the digits written by the first three/four participants.

Remember as all of this is going down there is a number written in an envelope that has been placed far from where the participants are.

Now, another participant will come from the audience and open the secluded envelope and read out the number in the envelope, which will match the total of the numbers that had been volunteered by the participants in the note pad.

And just like that, you will think that the mentalist had already read your minds and guessed the numbers that you were going to write down.

So what really happened? 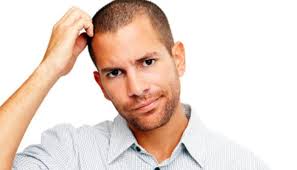 Now, when another person is called from the audience to come and do the calculations, the mentalist gives out the side with the numbers that he had already written, which when added will match with the number that has been securely concealed in the envelope. 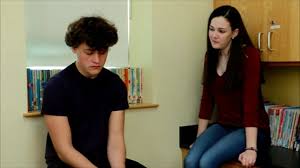 Now here is a trick that you will actually have to practice before you can accurately know people’s correct pin numbers.

And here they will ask the participant to count from 1 to 10 and meanwhile, he will be watching his body language keenly, and any number that he will mention and stutter at the same time then that’s the first digit of the person’s pin code.

So, if he wants to know the other numbers he will then repeat the process, but if you don’t know that the mentalist is observing your body language then you will most likely think that he has hypnotized you.

Mentalists don’t have superpowers like they want us to believe, and from the above excerpt, it is very obvious that they are smart and do have some skills that any normal person would first have to train and acquire before they can do what the mentalists do.

Now, the first thing that you might have noticed on many mentalists is their confidence levels, for them to earn your trust they first have to prove that they are confident and that they know what they are doing.

Another skill that they have and do utilize most of the time, is learning to read a person’s body language, mentalists are very observant and can even tell when you are lying to them. They have knowledge of how to read your eyes, and they understand different motions that you make either when you are uncomfortable or when you are lying.

In short, is that no one can read another person’s mind, not even the hypnotist, from the information provided above we have seen that mentalists have used different methods to guess numbers, none of which involves mind-reading.

For example, we have seen that they have tools such as the swami gimmick pencil, and to guess the pin number of an individual they use their body language.

They also do have simple mathematics tricks that they use to guess a person’s age, lastly is that they also learn the skills of using the Barnum effect on people and the Barnum statements.