The art of persuasion: How to Persuade Anyone 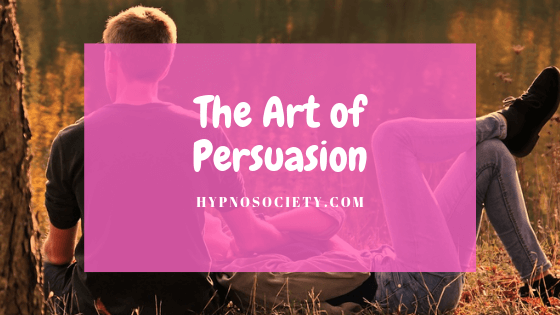 When you think about some of the big and successful names around, you’ll notice that they’re pretty good at selling themselves.

Maybe in the past they weren’t as persuasive, but they invested in mastering the talent and can now reap the full benefits. We’re not all born with the gift, after all.

Some may confuse persuasion with manipulation, but they are two different things.

Though they both involve getting something out of another, manipulation involves deception and devious exploitation.

Persuasion focuses on influencing another’s actions or behaviors without underhanded means that could negatively impact them.

A persuasive person has a knack for convincing through several well-placed steps.

The most common ways to persuade other people to your opinion is by pointing out the logic behind reasoning and the benefits that they can achieve.

But why is it many good marketers can’t seem to sell their ideas to clients?

Logic and potential benefits are just some of the skills you need – but there are more. You can prepare a logical speech on how profitable your idea or product is to the clients and find yourself losing them still.

Don’t give up yet, and don’t drop those two major skills.

After reading this article and studying some of the top influencers, you’ll find that the tactics included below have a common factors you can find in these individuals.

You’ll be ready to put yourself to the test and persuade others in no time.

There are three key points to keep in mind when learning the art of persuasion: Vital basics, personal skills, and incentives.

These are just some of the simpler things that you may already know. If not, I’ve listed them below to start you off:

Whether it’s one person you want to persuade or a certain target group, get to know them.

It may seem hard when it’s someone you aren’t very familiar with but try and establish rapport between the two of you. Find common ground within the first few minutes.

The point to this – we as humans relax around people we feel share similarities with us.

You can find out their interests beforehand and use that to establish a connection; they will open up and talk about it some more! Mention your interest in the same thing and why you find you find it fascinating.

Remember that class that went on about Logos, Ethos, and Pathos? It’s time to refresh your memory. The three stand for logic, credibility, and emotion, respectively.

You already know that logic is vital – you can state facts and statistics that can grab their attention.

Credibility means already being a respectable person/brand or attaching reliability to you through previous connections or known successes.

You notice how some commercials use moving pictures and music to persuade you? That is often aimed at affecting your emotions into their point of view!

This is one of the main rules in persuasion.

If people don’t need what you’re trying to sell or convince them to, then there’s no point trying.

Find out where they lie in Maslow’s hierarchy of need – is it based on physiological, safety, social, self-esteem, or self-actualization needs?

Once you find out what the need is, learn how to create and urgency for the need, and scarcity as well.

Learn what they need, make it scarce, and supply it on demand! However, don’t make it too scarce.

There is a time and a place for everything, and trying to persuade someone when they’re tired and distracted offers little chance of success. Observe their body language.

If they are relaxed and up for a discussion, make your move.

You can also work way up to a “scratch my back; I scratch yours” kind of situation.

Psychologically, people are easier to persuade after you do something that makes them say thank you – they feel a little indebted.

Also, it could be after you thank them for something; in that case, they may feel a little entitled, and you can insert your favor after that moment.

Instead of using “don’t” in your statements, focus more on “do.” Affirmative speech is more likely to get you results than negative talk because there are clarity and directness.

By telling someone not to do something, they may agree but still not know what you want.

Thinking in the affirmative also highlights a known method used to persuade others.

According to research, people like staying consistent with their choices. Get them to say “yes” to a couple of things, topics, and questions before you bring in your main idea.

How you present yourself, and the impression you make can determine how easily you can persuade someone.

Here are the talents you can work on:

If you are not confident in yourself, why would anyone believe a word you’re trying to say?

Psychology shows that cockiness tends to persuade people more – even when the track record isn’t so shiny!

Look at how persuasive people get away with almost everything.

Your words could say one thing, but your body may say another.

If you appear rigid and closed off, there’s a high chance you’ll put people off without even getting them to consider how good your idea is.

Loosen up, stay open and mirror the other person’s actions (don’t be too obvious), listen to what they have to say, and compromise a bit.

You need to match your message, your personality, and your body language; that is the only way you’ll look honest and believable.

As for persistence, it doesn’t mean that it’s okay to pester someone who clearly said no. It means you won’t shy from asking the next person, and the next. 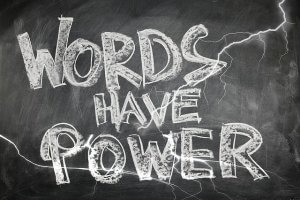 But you will move on and watch it pay in the long run.

Any big wig who’s good at persuasion can tell you of the multiple rejections they had to go through before they got to victory.

Not everyone will agree with you – you’ll learn that and accept it.

Talking fast can work for you in three ways: 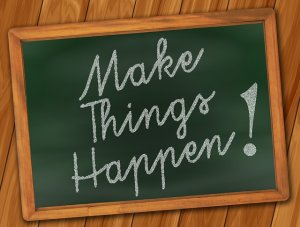 You want something from them, but what can you offer in exchange? Understanding what the person needs from Maslow’s Hierarchy will help you find the incentive. All main incentives fall in the list.

For example, some people look for the potential to make more money. Some need a social incentive; a way for them to boost their image and widen their circles.

The moral incentive may seem like the weakest, but it is effective to use on some individuals; especially for those who want to help others.

Those are some of the key points to grasp when learning how to persuade someone to your point of view. There are a few other ideas that could sharpen your persuasive skills:

Preparation is important when you’re out to persuade others to your point of view.

And even with all these tips in mind, you’re going to have to learn to be quick on your feet since not all conversations will go as expected.

Learn to agree with others without stepping on your idea, and stay calm, collected, and pleasant if any conflict arises. Constant practice and a determination to win is what made the bigwigs successful, and you can get there too!