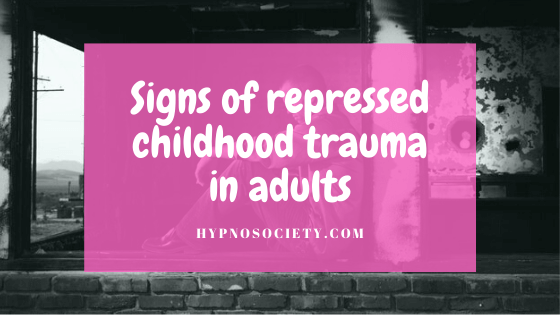 There is increased awareness of the role that our childhood affects our adult life, and that has led people to look back into their pasts for evidence of the same. Given the condition of the world we live in, childhood trauma is one area that affects millions of people around the world.

In this article, we’ll look at what childhood trauma us, signs that you could be repressing it as an adult and what you can do to move forward

What is childhood trauma?

The National Institute of Mental Health (USA) offers the following definition of childhood trauma; “The experience of an event by a child that is emotionally painful or distressful, which often results in lasting mental and physical effects.”

Therefore, a child can experience trauma either by witnessing an event or going through something themselves. The bottom line is that a lot of negative things are overwhelming for any child.

Examples of the same include emotional abuse, physical abuse, emotional neglect, physical neglect, and sexual abuse. Non-interpersonal trauma is events that are not necessarily tied to other people, such as fires, natural disasters, and motor vehicle accidents.

Over the years, the press has shared a wave of stories of people, seemingly out of nowhere, recalling their childhood abuse after “forgetting” about it for years. However, we have to look at what it means to repress something. The Oxford dictionary offers us the definition of subduing something or someone by force.

It also carries the connotations of inhibiting, preventing or restraining, as well as suppressing a desire or thought so much so that it remains or becomes unconscious.

With that in mind, one can indeed forget their childhood trauma because their young minds, unable to process what is going on, ends up suppressing the traumatic event. It is, therefore, possible to have amnesia of both interpersonal and non-interpersonal trauma.

A lot of people remember these events outside of therapy, but there is still a number who do within a therapeutic context.

What triggers the recall is present associations with the sensory memory attributed to the trauma. A taste, sight, sound, smell, touch, or even feelings can revers suppressed memories.

Signs you could have repressed childhood trauma 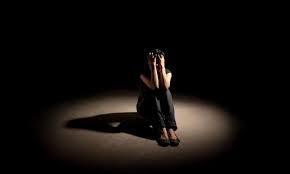 Adults with repressed childhood trauma tend to go through a process known as revictimization. “Re” means again, while victimization refers to becoming a victim.

In essence, revictimization happens when survivors of interpersonal violence and subsequent trauma become a victim again. Data shows that 66 percent of people who experience sexual assault in their childhood end up going through sexual, physical, and psychological abuse in the future. 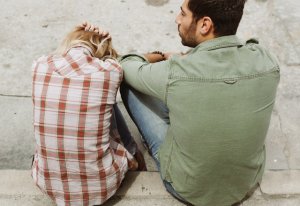 It is indeed difficult to understand those how have experienced interpersonal trauma. One such area is in their decision-making process. The risk of revictimization is high among those who have experienced prior abuse because the event leaves their judgment clouded.

It is why you’ll find female survivors will be more trusting of people around them and misjudge dangerous situations as compared to women who haven’t experienced any form of interpersonal trauma.

That means, if you have one bad thing happen to you, there is a chance that more things will keep repeating until you break the cycle. An example is women who went through childhood trauma, always getting into abusive relationships. 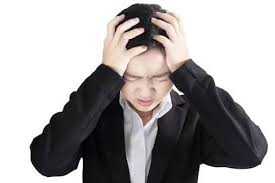 If you’re always tense and on edge, constantly looking around and reading people for threats, it could be a sign that you do have repressed childhood trauma. Being jumpy when there is a loud bang or an unfamiliar noise could point back to an earlier negative experience.

When it is something that others don’t react to with equal energy as you do, it would be an indication that you’re subconsciously only trying to protect yourself through being paranoid. It is also a symptom of PTSD.

If you notice hyper-vigilance in a child that was once care-free, you should investigate the chance as they could be victims of abuse too. 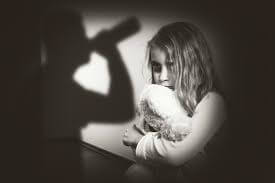 Reaching strongly to something or someone when it’s not warranted is a sign of underlying trauma. If you’re in a scenario where people are relatively calm or unbothered, and you go off about something or someone, it could be your repressed emotions related to the trauma trying to make their way out.

Data shows that those who experience traumatic events struggle with managing their emotions and regulating their moods. It is vital to uncover what could be making you angry; anger is often a source of hurt and pain.

Being impulsive is also a sign that you’re repressing childhood emotions. It also includes harmful compulsions and additions as a way to deal with the pain. You tend to result in risk behavior and overall poor judgment to distract yourself from pain.

When you’re seeking out your next high, whether, from substances or experiences, there won’t be space for you to feel the pain of the childhood trauma.

You have abandonment issues 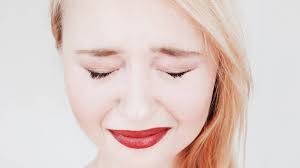 Children who experienced physical and emotional neglect or even physical, emotional, or sexual abuse are at a higher risk of developing abandonment issues in adulthood. Death and poverty can also cause a person to fear to be alone.

There are two ways fear of abandonment does manifest. You either stay in poor relationships because you’re afraid of being alone or, you apply various tactics, mostly unconsciously, to keep people out of your life.

An example is you have many shallow friendships, or you have intimacy issues where you do self-sabotage and end any relationship that could potentially grow deeper.

You hate being touched

If you hate physical touch, then it could be an indication of repressed childhood trauma as well. Fear of physical intimacy is a sign that you could have been physically or sexually abused as a child. Retracting when someone touches you is an indication that you find danger in the act of being touched.

The same reaction happens when someone tries to hug you; you recoil in fear or anger. Avoiding physical contact and intimacy from others, even if you want to but cannot, is also an invitation to seek help.

Regression is when you revert to a younger state of mind. You could act a few years younger than you are or even act like a child or infant. Some of the telling signs are displaying juvenile behavior that includes sucking your thumb, talking in a baby voice, or whining.

For others, it is refusing to handle issues they are facing or having adult conversations. According to Sigmund Freud, regression is an unconscious defense mechanism. That is what makes it different from when you purposefully choose to be playful and child-like. In regression, the ego is protecting itself from stress, anger, or trauma.

There are several mental health issues linked to regression, such as PTSD, major depressive disorder, and dissociative identity disorder.