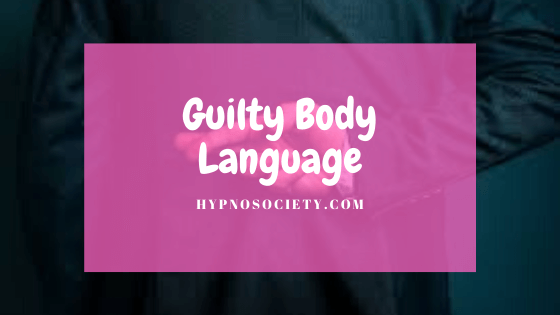 Each and every human has the capability to lie to another. In fact, so many of us lie. According to extensive research and studies, it has been determined that on average a person can tell one or two lies a day.

The good news is that there are so many different ways one can spot the signs of dishonesty. To properly identify dishonesty, you have to identify the baseline of a person determining how one acts when they are being honest.

To identify one’s baseline, all you need to do is look at how an individual behaves when talking about certain topics that they would not lie about, and watch their body movements when answering questions to standard topics such as the weather, football or politics. Observe their eyes and listen to their voice.

As soon as you have established a person’s baseline, it will be so much easier to notice when the same person is lying to you. All you need to do is look out for changes in their behavior according to four different stages.

These include facial expressions, the tone in your voice, different body movements and the content of their speech. All these are referred to as the codes of communication.

These signs, however, are not foolproof that someone is lying to you. If an individual is not so comfortable on the seat that they are sitting on they may continue to move around and fidget.

If someone is feeling like they are under a lot of pressure, their voice may begin to crack. Certain characteristics like giving out too much information or pointing may simply be the character of a person.

Additionally, some liars have perfected the art that they could actually get away with telling lies without showing any of these signs.

The behavioral signs that show lying 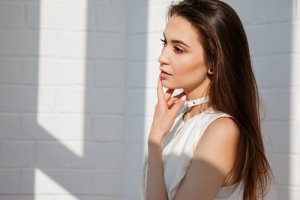 It is at this point where the mind of a liar is overworking. The individual could be actively making up the story in their head or wondering if people believe the story or not.

They could also be adding information to the story.  A hand gesture that could have been exhibited just before a statement is actually exhibited right after the statement.

According to different studies, individuals who lie are more likely to exhibit gestures with both of their hands, than those who are speaking the truth.

When a person is telling a lie, they place their palms away from the person that they are lying to. This action is an unconscious sign that they are keeping some information from you.

They could also be trying to hide some emotions or most likely lying. They could even start pocketing or hide their hands under the table.

Movements such as fidgeting and itching their body 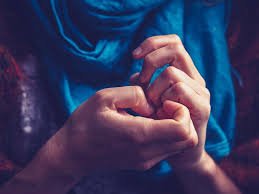 Different movements such as slowly rocking your body backward and forwards, moving their feet and tilting your head to the side could also be signs that a person is lying to you.

Sudden changes in the nervous system of a person, that controls different bodily functions, can end up causing a serious effect.

When an individual gets nervous, these changes in the nervous system can make an individual feel itchy or a little bit tingly in different parts of their body. This, in turn, can lead to more fidgeting. According to experts, it was also determined that individuals may express different grooming behaviors such as touching their hair when they are lying to another person. 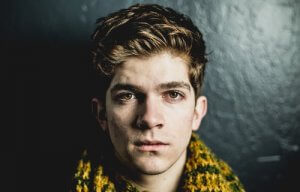 Someone who is been dishonest may actually stare at you or instead, they may look away at a very crucial moment. This shows that they are moving their eyes around as they think of the words that they should mention next.

According to research, it was discovered that liars often look away briefly when telling a lie. Studies show that individuals who lie are more likely to stare than those who are telling the truth.

A lot of experts, however, have debated about this fact terming it as an unreliable way to spot a liar. There is the concept that some people look in a certain direction when they are being dishonest.

The action of puckering your lips back into your mouth to the point where your lips nearly disappear could be a great sign that an individual is lying to you but by omission.

When an individual does this it is most likely because they are keeping certain emotions or withholding information.

Individuals who lie will most probably roll their lips when responding to a sensitive question. Rolling your lips could also mean that an individual may not want to take part in a certain conversation.

Sudden Change in the Skin Complexion 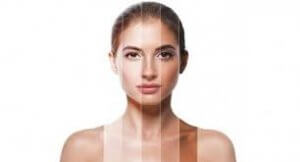 Have you ever seen the complexion of a person suddenly change right in front of you? Maybe somebody could just turn white or pale as a ghost as they speak to you. This is a clear sign of dishonesty as it shows blood just racing out of the face of the person who could be lying to you.

Dryness of the skin or sweating

The nervous system of an individual who is lying can be triggered. The system could be set off causing the liar to begin sweating in the T-area of their face.

The T-area includes the chin, areas around the mouth, the forehead as well as the upper lip. Additionally, a liar could experience some dryness in their eyes and the mouth.

You may notice that when one is lying they may begin to squint or blink excessively. They may even go-ahead to swallow hard, lick their lips repeatedly or even bite their lips or swallow hard.

The Tone of Your Voice 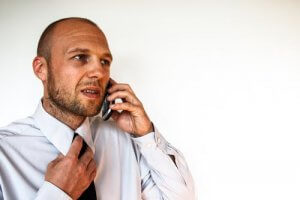 When someone is feeling nervous or is under a lot of pressure, the muscles in the voice box work by getting tight. This is a natural response to a stressful situation.

The tightening of the muscles may cause your voice to sound higher than usual. Additionally, you may notice that there is a squeal in someone’s voice.

Coughing to clearing your throat is one way for a liar to cope with the uncomfortable tightening of muscles. This is also a possible sign of dishonesty.

A change in the volume of your speech

A person who tends to lie also adds the volume of their voice. You may notice that someone who is lying may get louder. This is mostly because they are simply being defensive.

A number of people do not often lie, and sometimes they mistakenly allow the truth to spill out. You may hear someone mentioning, “I quit my job today!” and then sometime later they may forget and mention “I was fired.” Such slip-ups are an easy way of noticing that an individual could be lying.

If you state that you have never told a lie, well, that is a big fat lie. Every day a number of these white lies are spilling out more times than you will ever realize.

According to studies, an average person could tell around 11 lies per week. The more seasoned liars can actually tell three lies during a very brief conversation with another person.

A number of people tell lies because they feel like they need to protect themselves, or they would want to prevent been embarrassed or ashamed about a certain situation.

Lying is a bad habit that works as a slippery slope. When individuals continue to lie, the human brain becomes numb to the pain, guilt, and dishonesty that lying causes. The more you tell a lie, the easier it gets and the larger the lies get.