How to hypnotize with the eyes in 5 Easy Steps 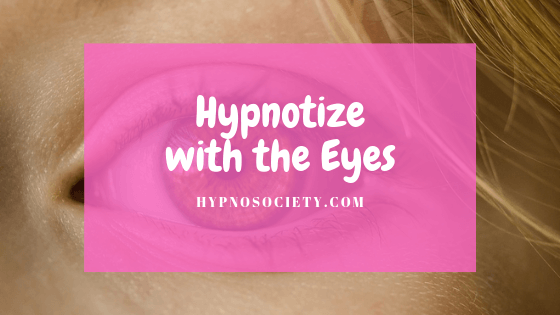 Most of us are either afraid of being hypnotized or are not sure what to expect when we ‘lose ourselves,’ but truth is we do that every day.

When you’re in a café working on your laptop or reading a book that has you fully consumed, you become completely unaware of your surroundings.

People around you could be yelling excitedly, but your mind is elsewhere and you aren’t able to respond emotionally to your surroundings. That in itself is a hypnotic trance.

You may think it takes years to master this art – and it does, especially for those in the medical field, but you can learn to put someone in a trance with your eyes in minutes.

It is not magic, and it mostly means your friend or the person you hypnotize will be more responsive to your suggestions. You can try it on your friends, but you want to remember that you will be responsible for them during the time they will be in a trance.

Can you Really Hypnotize Someone with your Eyes

Yes, you can send someone into a trance with your eyes and voice.

It takes for them to trust you and to respond to the stimuli to fall asleep.

You also want to practice this in a place far from distractions so they can fully focus on your voice.

You can do it in these five steps. 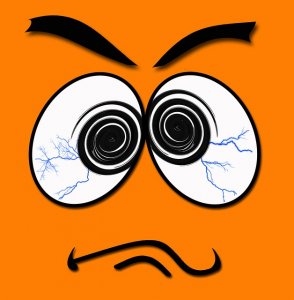 Before you get started, ask them if they would like to be hypnotized and if they have any history with it. If they’ve had no experience with it before but are willing to try, them assure them they are safe and that they will not lose consciousness.

Hypnosis simply makes people more responsive and unafraid to say what they may not usually blurt out, and so they will be fully conscious of themselves the entire time.

Doing this not only helps you gauge their level of trust with you and what you are about to do, it also arrays any fears of them not being in full control of their emotions.

You want to do this while looking in their eyes to establish trust and take away any fear they might have of being in a trance. A calm voice sets the pace.

Lots of things happen at this stage. The person is making up their mind – whether to allow you to put them in a trance state or not, even if they are your friends or partner.

You want to observe their movements, changes in breathing patterns, swallowing, and any muscle tension.

All this while, your eyes are on theirs in haze that will slowly be getting them into that trance state you are working on. You may notice a shift in the sitting position as they decide to allow you to hypnotize them, but they truth is you are already halfway there.

3. Sit Down Right Opposite them

Chances are you are already seated down on chair opposite your friend.

Now, keep a soft gaze on them and ask them to face right ahead of them, as though they are looking past you but in your direction. Then, ask them to look at you and to keep their gaze that way unless asked otherwise.

Their gaze will be as though they are looking through your eyes, which is exactly where you want them. Urge them with your words to keep looking at you, so that the gaze is not broken at any point.

While they have their eyes on you, you are to be looking right at them too.

Do not waiver or avert your eyes even for a second. You do not want to blink either as the trance would be broken. You want to urge them to relax their body if you notice any tension.

So words like, “relax your shoulders, breath through your nose. Try not to think of anything outside of this room or space. Just keep breathing while looking at me. You’re doing great.” Words, when said softly, are an incentive.

The person stays in the moment as they respond to your instructions.

Tell them you will count to five and that they will fall asleep by the end of the countdown, and then start it slowly and softly. By the time you are down to five, they will be in a trance but also conscious.

At this point, you will notice a slump on the person’s body as they relax and get into the moment you are putting them. Tell them “I am looking deeper into your eyes.”

You should also start giving them visual suggestions such as walking down the stairs or kicking a football. You want to gauge the movement of their eyes all this time to see whether they are widening.

If they are, then your friend is hypnotized and you can start telling them what you want them to do, such as quite smoking, or bringing up and event that they may have buried deep into their mind that they need to deal with.

Because they are more responsive, their guard is down, and they are open to suggestions, they are likely to open up in a way that could help you help them deal with something they have been avoiding, or have been struggling with.

After they have complied and you have had the conversation you wanted, it is time to get them out if that trance.

It is not in any way advisable to bring them back forcefully through a wild jerk, and so you want to wake them up the same way you put them to sleep.

Tell them that they are going to wake up now at your count. Again, start counting slowly to five and inform your friend when their eyes start to flutter.

They may want to know what they said while they were out of sorts, which you can tell them.

This practice takes less than half an hour, but it could yield some immensely positive results. 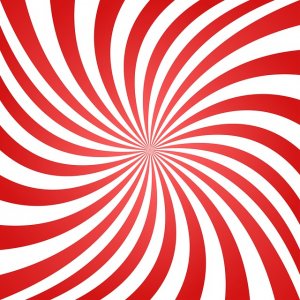 Well, believing it works is half the process.

If your mind is in so much doubt and you are fighting to stay in control, it may not work because you keep wanting to be present even when you should be in a trance.

Hypnosis has been used since the 1800s and it has worked for many cultures including Indian, Sumerian, Persian, Greek, Chinese, Indian, Egyptian, and Roman.

Royals had the magical touch that healed people by sending them into a trance, a practice that was adopted by the Western medicine to finally be part of modern medicine.

Today, hypnosis is used to break people from habits such as smoking and unhealthy eating, and it has yielded some positive results.

One of the factors that determine whether or not hypnosis works is the state of mind.

After you allow yourself to believe in hypnosis, there is the clearing of the mind that we achieve through meditation. It involves cutting out the noise and tuning everything out so that you hear nothing except the voice of the person conducting the hypnosis.

In this state of mind, you are more receptive and the brain is more focused as it cannot hear any noise. Meditation also removes fear and doubt, and some breathing exercises renew the mind, making it ripe for hypnosis.

What you Need to Make Hypnosis Work

It is important to know what happens when you get into a hypnotic state.

While it is not magic, the brainwave used for thinking and processing things decreases, and you get into the slow brainwave that increases relaxation and focus. This is exactly where you need to be.

A place far from distractions is the first place to start. You will notice the power of conversational hypnosis when there are no hooting cars or screaming children.

Some people like white noises too, to block any thought, while some appreciate classical music in the background.

Setting the atmosphere right is the first step towards successful meditation, which then leads to hypnosis.

As you see, you don’t have to be a master of hypnosis to try this.

Remember to ask for your friend’s consent before putting them in a trance, and also respect their privacy with whatever they may disclose while in that state. If they feel safe, they will be more forthcoming.

You also want to respect the practice, and not just try to make it work on just about anyone, and especially of they are not up to it.