How to hypnotize someone instantly 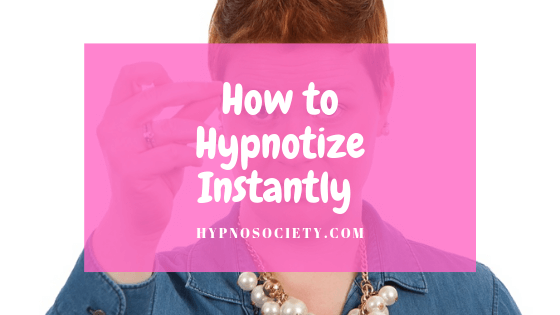 Hypnosis is an art that takes a long time to get. If done wrong, you look like a weird person who is always trying to do mind control as in the cartoons.

However, when done right, you’ll hold a certain degree of power over people’s ability to think and do what you want them to. There is the moral question about hypnotizing someone without their knowledge, but that is something you have to deal with on a personal level.

Hypnosis is about taking control of someone’s mind and actions, and that should be something not taken lightly.

In this article, we are going to explore how to hypnotize someone instantly.

It is crucial to understand that “instantly” is relative because there is a process. Thus, expect it to take even as long as five minutes to get the results that you want.

Instant hypnosis is a well-kept secret by those who can do it, but with practice, you can cut it down to less than five minutes.

Hypnosis has a lot to do with faith. If someone feels uncomfortable around you, they won’t want to talk or maintain eye contact. 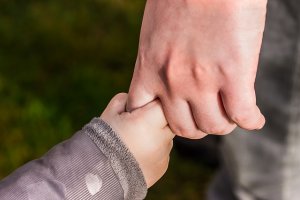 For hypnosis, there ought to be a level of rapport established.

It is also in knowing the person that you’re able to use the right verbal cues, tone, and body language to get them to do what you wish.

When you succeed with hypnotizing someone and break their trust, you can be assured that they won’t be a repeat event.

Even if they agree, it will take more effort on your part because you’re coming from a place of deficit in trust.

Hypnotizing people you know is more comfortable because they already trust you enough.

For strangers, you first need to make the right first impression and have them warm up to you.

If someone is cold toward you, that is not the right subject to try your new skills on.

Instead, practice on someone who warms up to you. They are more open to listening to what you have to say.

You can maintain eye contact without being creepy. Donot then full-on stare at someone for the entire time, at least at the beginning.

Have appropriate eye contact with the person, keeping your eyes warm and welcoming. Equally, have a smile, nothing too big; you don’t want to show teeth when all that’s being talked about is the weather.

Eye contact and a smile signal to the other person that you have an interest in them and what they have to say. Once they return in kind, you’re ready for your next step.

As you beginning the hypnosis process, still maintain eye contact.

We will get into the ambiguity, commands, and suggestion in a few, but this part requires emphasis if you’re to pull off full-on hypnosis instantly.

People who feel they are listened to have their guard down, making them more likely candidates for hypnosis.

How to be quick during hypnosis 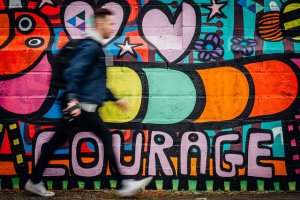 When you do things fast, the brain goes into a pause. For example, when someone says something that doesn’t make sense, our minds stop first to assess what has gotten said.

Go back to that part where…” For example, if you’re at a party, you can begin the conversation with one story and immediately abandon it and talk about something different.

During that switch, people retreat into their mind as they are plunged into confusion.

That is the ideal time to hypnotize them.

The stories need to be said quickly and with confidence, using ambiguous punctuation in your story so that people become unsure if they heard right in the first place.

What happens in that space is that the mind gets separated from what is happening presently, providing a route in which a hypnotist can say commands to a person, and they obey.

Mainly, the person will be in their mind trying to process what you said, leaving them defenseless towards the ability to filter the command and your power.

That’s the other thing you have to establish early on; power.

It is not about being dominant and ruling over another person. It is the confidence that you can plant thoughts and thus, actions, in someone’s mind. If you’re hesitant, you won’t be quick about it.

If anything, you’ll abandon the venture halfway because you’ll notice nothing’s happening.

Consider a salesperson; are you going to purchase a product from them that you don’t believe in?

No. It is the same with hypnosis. The commands are typically put forth as suggestions, though you’ve over overwriting their ability to negate a demand.

Therefore, you want to start with people, from their behavior and words, have shown that they are suggestible. It will take less time to have them “sleep” “relax” “let’s dance” or whatever you want them to do.

For that, you need confidence in the power you have to do hypnosis. 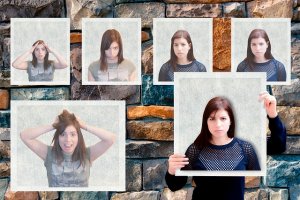 Part of singling out the best person to hypnotize also has to do with body language. Non-verbal cues are more important than words.

Let’s use an example of a friend at a party that is not having fun. When someone asks them, they respond that they are having fun. However, their arms are crossed; they are giving short responses and keep looking at the time.

That is an indication that they don’t want to be there. How do you convince them otherwise?

If you’re not observant, you’ll miss the fact they’d rather be elsewhere. When you catch it, however, you’re able to gain trust even though you already know the person.

An example would be “There was this one time at a fun party I nearly pee my pants laughing and this other time I was nearly bitten but let’s have fun at this party because the snacks are around.”

The person will pause at where you nearly peed your pants laughing wondering what prompted it, and then they will wonder what almost bit you.

In that mind confusion, the suggestion or command here is “let’s have fun” with the incentive that it cannot be all bad- look, there are snacks! Even with a stranger, they will be more open to having a good time even though they didn’t want to.

Given that you’re engaging, they will want to know more if you haven’t already put them to sleep. You’ll notice their countenance change, and they’ll loosen up.

In a short time, they will start smiling and unfolding their arms, you having to be able to hypnotize them from one state to another instantly.

Another trick that hypnotists use if they want instant results is using physical reinforcements such as yawning, fanning yourself, or making a specific motion when you mention the world party.

Make them subtle as you don’t want to throw people off.

As for the bored friend, in previous phrases, you can do a slight head bob when saying the word ‘party.’

Follow through with the same gestures throughout the hypnosis process.

The cues work best when you’re in a group as you’re able to read who are responding best to you. If you say ‘this party is fun,’ watch who reacts positively to what you’ve said.

It will be evident in their facial expression and body language. That then becomes the best person to hypnotize. From there, you can earn their trust through the skills mentioned, leaving them at your mercy.

The next one is the handshake. You must let the person know that you want to hypnotize them.

The reason is that when you don’t, it gets awkward after a while of handshaking and people will be aware that you’re up to something. It is also in alerting them that you’re able to know if they are open to it.

If not, you’re better off finding another candidate.  The process of hypnosis then happens as you’re shaking hands.

The reason why it works is that shaking hands is standard in most cultures, and when you do it, your conscious mind is not active on the handshake itself.

That is the case unless you’re practicing mindfulness.

Coupled with words and non-verbal reinforcements, you’re able to perform the hypnosis and more so instantly.

The best candidates for hypnosis are those who have trust in you and are suggestible.

Endure that you cultivate that in the first place before attempting anything. There is also what is required on your part, such as ensuring that you have created trust with the person.

Once you’re in the right space, continue to use ambiguous phrases to confuse your subject and slip in the command. Notice the shift in them and continue with talking using the same structure shown in the example.

Within seconds or minutes, the person will be doing what you commanded them to do in the first place.

All this requires inner power and confidence to believe that you do indeed have the capability to hypnotize another person.

Also resources such as Conversational Hypnosis by Igor Ledochowski that makes instant hypnosis much easier are helpful too.