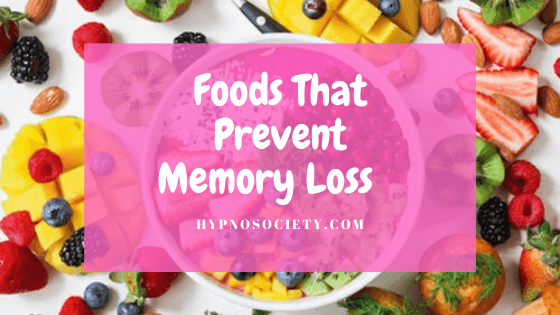 We have always known that poor diets can negatively affect crucial organs like the heart. Did you know that what you eat also has an effect on your brain? Research has proven that eating a healthy diet can improve your memory and reduce chances of brain-related diseases later in life.

Why Some Foods Induce Memory Loss?

Foods which support normal, healthy brain function include fruits and vegetables, healthy fats, lean proteins and vitamins. When you consume very little of these foods, the brain lacks sufficient ‘fuel’ to continue operating as it should. Additionally, consuming foods which are not healthy for the brain such as complex carbohydrates, processed meats and excessive sugar causes the body to produce toxins. These toxins can cause inflammation and buildup of plaques which causes impaired memory. 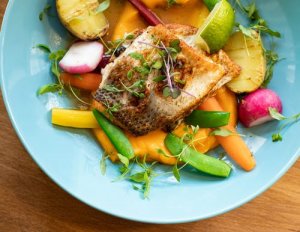 Fatty fish always appears somewhere on the top of highly recommended brain foods. This is a rich source of omega 3 fatty acids, a form of healthy unsaturated fats. They are linked to lower blood levels of beta-amyloid which is the protein which forms the damaging clamps found in the brains of people with Alzheimer’s disease.

About 60% of your brain is made of fat and approximately half of this fat is omega 3 fat. Nutritionists recommended consumption of fatty fish at least twice a week. They however warn against varieties containing mercury and recommend fish varieties like light tuna, salmon, Pollack and cod.

If you are allergic to fish or just don’t like it, incorporate terrestrial sources of omega 3 into your diet. These include avocados, beans and flaxseeds. 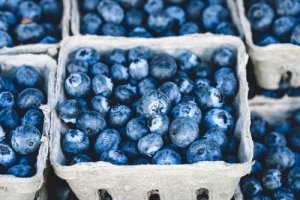 Blueberries and other deeply colored berries (like strawberries, cherries, and raspberries) are rich sources of antioxidant compounds known as anthocyanins. Antioxidants help in reduction of oxidative stress and inflammation of cells, conditions which contribute to degeneration of brain cells and brain aging.

Studies have shown that some antioxidants in berries can accumulate in the brain and contribute to improved communication between brain cells long after consumption. 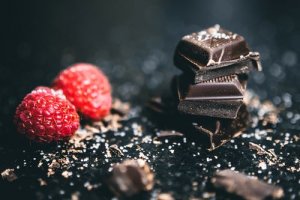 Dark chocolate not only tastes good, it also helps to enhance memory and general brain function. This and cocoa powder contain several brain-boosting compounds including flavonoids and caffeine. Flavonoids are a type of antioxidant plant compound which gather around and protect the areas of the brain which are responsible for learning and memory.

This is why researchers believe flavonoids enhance memory and slow down mental decline linked to aging. Researchers quote a study in which people who ate dark chocolate frequently performed better in a series of mental tasks compared to those who rarely ate it.

This deep yellow spice common in curry dishes is great for your brain. It is rich in protein and minerals such as phosphorous, manganese and potassium. Curcumin which is the active ingredient in turmeric powder is unique for its ability to cross the blood-brain barrier. More importantly for the brain, it also has anti-inflammatory and antioxidant properties which helps improve memory in people with Alzheimer’s. It has also been found to be able to clear amyloid plaques which characterize the disease. 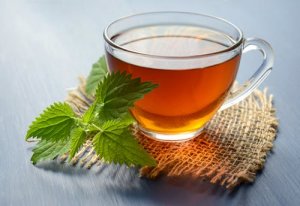 Green tea contain caffeine so it works more or less the same as coffee does. It boosts brain function and has been found to improve alertness, focus and memory.

Other than that, green tea also contains other brain-heathy components like L-theanine, an amino acid which is capable of crossing the blood-brain barrier to increase activity in a specific neurotransmitter known as GABA. GABA serves to reduce anxiety and causes a feeling of relaxation.

Green tea is also rich in antioxidants which help to protect the brain from degeneration and reduce risks of Alzheimer’s and Parkinson’s disease. 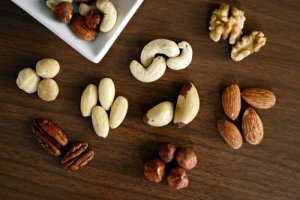 Nuts contain numerous brain-friendly nutrients including vitamin E and healthy fats. Vitamin E boosts brain function by shielding cell membranes from free radical damage which is responsible for mental decline. A 2014 study revealed that women who ate nuts regularly over several years had clearer and sharper memory than those who rarely ate nuts.

While all nuts are good for improved brain function, some are superior to others. Walnuts are the top nuts for brain health.

Walnuts: These nuts contain significantly high amounts of DHA, a type of omega- 3 fatty acids. Studies have proved that DHA improves cognitive performance in adults and helps to slow age-related cognitive decline. You don’t need to eat a whole lot of walnuts to enjoy these benefits. Just a quarter cup of walnuts provides a little less than 100% of the recommended daily intake of DHA.

Just as there are foods which prevent memory loss, there are some which do the very opposite, that is induce memory loss. Unfortunately many foods on this list are common staples in the American diet. These include processed meats, American cheese, sugar and white flour and its products.

Processed Meat: These include bacon, ham, and smoked turkey. Such meats contain nitrosamines which make the liver produce fats which are toxic to brain cells.

Beer: it contains nitrites which can cause Alzheimer’s.

White foods like sugar, pasta, white rice as well as wheat products like cakes, white bread are not brain friendly foods. When you eat these foods, your body has to produce larger quantities of insulin to manage excess sugar. In the process, substances which are toxic to the brain are produced.

Processed Cheese such as mozzarella sticks and American cheese cause buildup of proteins which leads to Alzheimer’s.

Microwave popcorn. Yes, this deliciously salty, instant snack can have negative effects on your memory. Microwave popcorn contains diacetyl. This chemical can increase amyloid plaques in the brain.

All these foods cause a spike in blood sugar which causes inflammation of brain cells.

Why Is Inflammation a Serious Problem?

What exactly does inflammation mean and why is it a serious health problem? Inflammation is a response of the immune system to infection or environmental toxins and irritants. When these ‘intruders’ are detected, pro-inflammatory hormones signal production of white blood cells to clean up damaged or infected tissues. After the invaders have been dealt with, more anti-inflammatory agents are produced to heal damaged tissues.

Imbalanced inflammation can lead to neurodegenerative diseases such as Alzheimer’s which is characterized by memory loss. It can also lead to Parkinson’s disease and other forms of dementia.

The brain is perhaps the most complex organ in the body. It requires certain kinds of food to keep it well and healthy. Unfortunately, many of the popular staple foods in America are bad for our brains and one of the most common effects is memory loss.

Fortunately, brain-friendly foods are also easily available and it is not particularly difficult to incorporate them into your diet.