How to Express Emotions in a Healthy Way 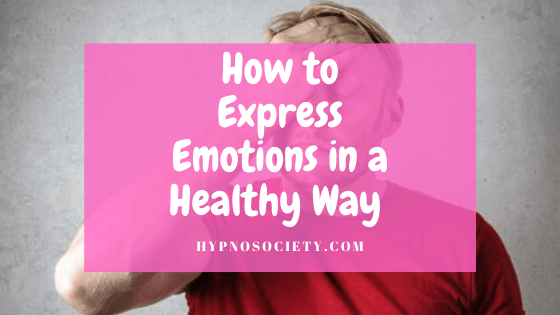 Learning how to express emotions in a healthy way is a skill. It takes commitment and effort to learn. It would be a lot easier to just do what it is you really feel like doing when you are overcome with emotion. If you are angry at someone, there is always a moment when it would feel really good to scream at them and tell them how terrible they are.

You know better. You know it is best for everyone if you find healthy ways to express yourself. Appropriate expression always gives better outcomes and allows for better problem solving.

Emotions could be positive or negative.  Positive emotions are feelings such as joy, love, hope and gratitude. Negative emotions include sadness, anger, fear and disappointment.

While both of these can be expressed wrongly, it is negative emotions which are most often expressed inappropriately. It is these unhealthy expressions which cause most hurt and pain in relationships.

When negative feelings are expressed in an unhealthy way, it creates new negative emotions in the other person or adds to the original negative feelings in the person expressing themselves. Like happens in most cases, both of these happen. 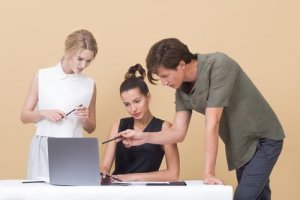 Let’s take anger as an example. You and your business partner have planned to meet an important client early tomorrow morning. You all agree to meet at a restaurant at 7.00am.

The following morning you arrive at the restaurant well before time and the client arrives soon after you. Your partner arrives 20 minutes late. You can tell that the client is irritated when the two of you have to wait for your partner to start your meeting. By the time he arrives you are seething with anger.

There are two main points to keep in mind when expressing negative emotions. The first is a quick process of self-introspection and the second is the actual expression. 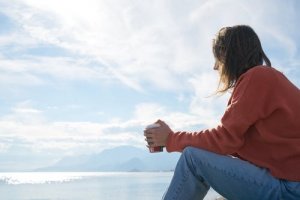 In this situation the most obvious emotion is anger at your partner for being late. You probably also felt embarrassed for keeping the client waiting. Somewhere at the back of your mind, is there a tinge of regret for getting into business with your partner in the first place? Maybe so. You may never identify all these emotions if you don’t interrogate yourself.

Identify underlying factors. Rarely do emotion-inducing incidences occur in isolation. Other factors play a role in the way you react to a situation. It is important to identify them and acknowledge them.

Yes, your partner was late and it angered you. Aside from that, you had an argument with your spouse that morning and were still a little wound up by the time you went to the meeting. Don’t be afraid to admit it to yourself if that played a part in how angry you felt. It probably did.

Perhaps this is not the first or second time your partner has been late for something important and it’s been upsetting you.  You could have accumulated anger.

Choose your words carefully. Choice of words is crucial because when negative emotions are expressed using the wrong words, they invite defensiveness. Choose words which don’t come across as an accusation.

A common mistake is to start your sentences with the words ‘You make me feel.’ Beginning your sentence with the word ‘you’ makes the other person feel that you are accusing them of something. It creates room for excuses.

These words are also disempowering. By saying ‘you make me feel…’ you give away the power to do something about your negative feeling. It makes you a victim. On the other end, it induces shame and guilt in the other person. It is unlikely they will respond positively.

Instead try using the words ‘I feel.’ Starting a sentence like this makes it clear that you are expressing your feelings and not accusing anyone.

These words shift focus from your partner, and from you to a third entity which is your feelings. With this perspective you remain empowered.  Your partner doesn’t feel attacked. You can both sit down and tackle this third entity. It is a common enemy.

Say how you feel. This is where the first step we talked about comes in. Let your partner know exactly how you feel. If you had not taken time to interrogate your feelings, you may end up miscommunicating at this point.

Say to him ‘I am angry at you because I feel you don’t respect time.’  ‘I felt embarrassed having to sit there waiting for you with the client.’ I am disappointed that you don’t seem to be taking the business seriously.’

Accurate self-awareness gives you clarity on what you want to communicate.

Choosing the right time to express your feelings is key for several reasons. Firstly because trying to resolve a conflict when both of you are angry will probably not bear positive fruits. People are generally more rational after they have taken time to calm down.

Secondly, choosing the wrong time to express emotions could cause other negative feelings and perhaps make the initial negative emotions even worse.

Supposing you chose to express your feelings to your partner as soon as he walked in late? It would not only disrupt the meeting but also embarrass your partner in the presence of the client. His defensive reaction would be a combination of embarrassment and anger at you. 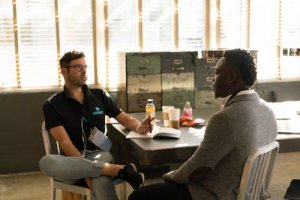 Communication experts remind us that receivers are not supposed to be passive absorbers of messages. They receive messages and should be able to respond to them. In fact communication is considered incomplete in the absence of feedback.

In this context, it would do neither of you any good if you go out of your way to express your feelings and then walk away. Take time to listen to what the other person has to say. Even if you feel that you are the aggrieved party, take time to hear their response. That is what makes it a conversation and not a monologue.

It may be difficult to listen without interrupting. Make a point to sit back and listen carefully until the other person is done talking. This makes them feel respected and goes a long way in ensuring the conversation progresses smoothly. Ask for clarification on anything you don’t quite understand. Genuinely seek to understand.

It is natural to experience negative emotions. It is a part of everyday life and interactions. One of the most impactful lessons to learn is that emotions are in themselves, totally neutral. They are neither positive nor negative. It is what we do in response to them, including how we express them which gives them a positive or negative charge.

Expressing your emotions in a healthy way is a skill. You can learn it and it can be perfected with time. It makes solving conflicts a lot faster and easier. It also saves you a lot of emotional energy which could have been channeled to something more constructive.