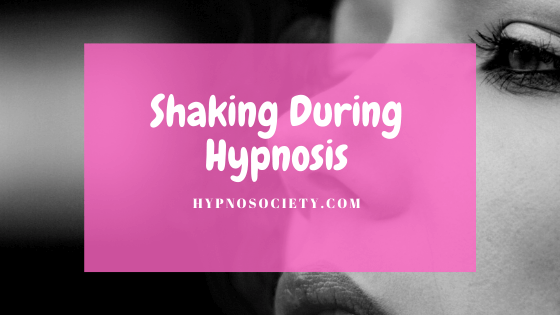 An overview of the online articles on hypnosis indicates that hypnotherapy, whether carried out by a hypnotherapist or if it’s done using guided audio tapes in self-hypnosis, is one of the most effective strategies when it comes to behavioral modification or habits control.

For these changes to take place, your conscious mind has to be bypassed and the subconscious accessed, in the process overriding the thought processes that would otherwise trigger the thing you are trying to stop yourself from doing.

Hypnosis involves reprogramming the subconscious to reverse a specific behavior.

During hypnosis, researchers have shown that brain activity in the left hemisphere reduces while activity increases in the right hemisphere.

These changes in brain activity, as recorded in an EEG is indicative of the changes in the neurological functions between the left and the right ends of the cerebral cortex, which are known to perform different roles.

Therefore, hypnosis heightens the brain’s level of imagination and creativity while subduing the voice of reason in your brain.

Where do the Shakes Come From?

One of the most common signs of an individual entering the hypnotic state is the overall relaxation of the body. Breathing slows down, and so does the heartbeat.

As the entire body relaxes and gets comfortable, all the muscles become comfortable, too, and there is no feeling of physical tensing. Thanks to the muscular relaxation, your facial expressions smoothen out, and you may appear to be very still, though not frozen.

The body warms up too.

Unfortunately, this doesn’t happen all the time. In some cases, an individual going through hypnosis or in a deep hypnotic state may experience muscle and body shaking rather than stillness and relaxation. So, why is this the case?

Abreaction is the overall term that describes the shaking during hypnosis.

It refers to the physical or emotional reaction that results from re-vivifying or reliving traumatic or extremely emotional thoughts and feelings from a past memory/ traumatic event.

Abreaction is common during hypnotherapy because of the access to the subconscious mind, which takes place during hypnosis.

With hypnosis giving the subconscious mind free-range access to past thoughts and emotions, these emotions and thoughts are now brought up to the fore of your mind.

Abreaction represents your reaction to those painful/ unsettling/ scary emotions and thoughts. You could, therefore, think of abreaction as the negative emotional reaction or physical response to earlier trauma.

It’s a common reaction for anyone undergoing hypnosis to work through a trauma. It’s also important to keep in mind that abreaction is an unconscious reaction related to dissociation, as well as trauma.

While abreaction is largely a response to trauma, the term abreaction is also used in therapy to represent the process that therapists used to desensitize the affected individual from having those automatic reactions to trauma.

Deep hypnosis is one of the ways hypnotherapists use to handle abreaction.

Along with catharsis, abreaction represents the emotional release, and it was first discussed at length on psychoanalysis studies by Sigmund Freud along with Josef Breuer.

These studies and their emphasis on the importance of catharsis through abreaction took place during World Wars I and II, where hypnosis, as well as chemically-induced methods, were employed to initiate abreactions.

Abreaction has since been used as a technique for physical and emotional release in affected individuals.

In therapy, abreaction is employed to allow affected persons to deal with past trauma.

The process presents a state of realization, and though this doesn’t mean resolution of the difficult experiences, the individuals who undergo abreaction are able to cope with the trauma well.

Shaking is one of the signs of abreaction. The other signs include thrashing, burping, or howling. These abreactions often indicate that some real change is taking place.

Hypnotherapists and other professionals are advised not to stop the therapy if the abreactions turn too dramatic because stopping would mean an incomplete release of the pain, and the cause of the emotional pain may not be addressed fully if the process is not completed.

Note that when it comes to ego-state therapy, abreactions are not considered fully therapeutic, but the resolution of the trauma and the resulting abreaction, regarded as therapeutic.

Often, during abreaction, a therapist would have to ask the person being hypnotizes something like ‘how old do you feel?’ and if the age is right (coincides) with the age of the trauma, the therapist will ask the patient about the cause of the abreaction.

It’s important to note that the expression, the removal, and the release of the initial trauma will only take place once the initial trauma has been bridged. Once this happens, the therapist can then challenge the cause of the trauma; for example, confronting their tormentor.

Given the complexity of the abreaction process, you should only work with a certified professional if you are using hypnosis to deal with deep-seated emotional trauma.

What to do After an Abreaction?

Therapy is the first after-hypnosis-abreaction step that should be carried out because the person undergoing abreaction feels very vulnerable after.

It’s also important to have a reframing process for the patient’s memory healing. Without reframing of the way the patient feels, the feelings they feel after the release could be replaced by other unwanted emotions and thoughts.

Basically, a lot of care and attention should be provided where hypnosis is used to deal with emotional trauma.

While shaking during hypnosis is not an obvious side effect, it’s common with patients dealing with trauma. The shaking is abreaction, and it represents both an emotional and a physical release. It’s nothing unusual or unheard of.