How to Forgive Someone Who Is Not Sorry 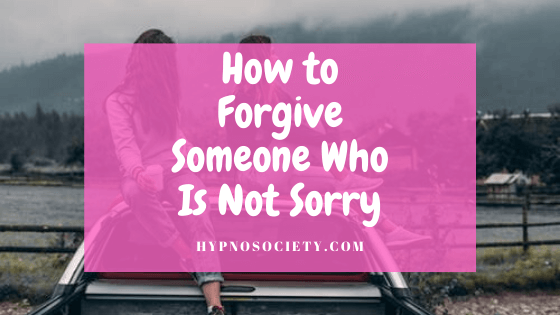 Forgiveness is a term mentioned in lots of contexts. What exactly is it? It is an individual’s internal process to come to come to terms with a painful or hurtful experience. It allows them release the anger and resentment they feel about it.

Forgiving someone who has hurt you once or multiple times is never easy. It takes strength and confidence. That said, it does seem a bit easier to forgive someone when they have expressed their remorse to you. They have taken time to apologize to you and you know that they are truly sorry for what they did.

What about when the person who hurt you is not sorry about it. They just don’t think that what they did is anything to be sorry about. They couldn’t care less about your feelings. Should you still forgive? Do they even deserve your forgiveness?

Why Do You Struggle To Forgive Someone Who Is Not Sorry

As children we were taught the 3 magic words: please, sorry and thank you. Focusing on the second one, the word ‘sorry’ was something we were taught to say as a way of taking responsibility when we offended someone. In response, the offended person was expected to say ‘It’s alright, I forgive you.’

As adults, we carry this expectation. When someone hurts us and doesn’t say this magic word to us, it is difficult to forgive. Choosing to go ahead and forgive them seems like disregarding our feelings. Unfairly letting them off the hook for their bad behavior. They don’t deserve it.

Forgiving Someone Who Is Not Remorseful

Focus on yourself, not others 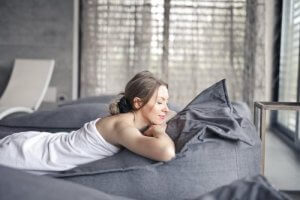 A surface look at a hurtful situation could give you the impression that forgiving someone who hurt you absolves them of wrong doing. In actual fact, holding on to hurt and anger harms you more than it does them. Yes, there is some comfort and a false sense of warmth you get from holding on to anger and resentment from the past. However, it robs you of the peace and joy you could enjoy today.

Shifting the focus from others to yourself allows you to take care of yourself. It allows you to heal from within rather than long for external healing from someone else. It liberates you from dependence on them and gives you total independence. 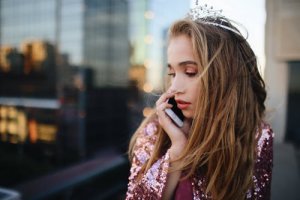 Perhaps you did something which set off the whole argument in the first place. Whatever the situation, it is important to acknowledge your role in it all.

This is an important part of forgiving someone who is not sorry for their actions. It is being mature enough to accept your responsibility in the disagreement and being willing to forgive yourself too.

Talk to a friend 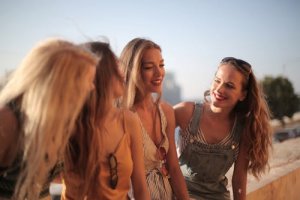 Find a trusted friend who can listen to you and explain exactly what happened between you and the person you are angry at. Be completely honest and don’t attempt to cover up failings on your part. Let your friend know exactly why you feel hurt and let them give you their perspective on it all.

Very often a friend will be able to look at the situation more objectively and give you insights you didn’t have. They may help you see some parts of the situation in a different light. If the offending person really should not have done what they did, it always helps to get some form of validation from an objective party. An external voice who says, ‘yes, you are justified to be angry.’ However, that doesn’t mean that you must hold on to it.

A friend may even share with you a similar experience and how they got through it. Hearing from others could help you see the situation in a way you were not willing to see it and give you inspiration to forgive.

Stop living in the past

When you are constantly reminding yourself and others of what was said or done to hurt you, you are living in the past. We often find ourselves replaying scenes of hurtful experiences in our minds in a subconscious effort to make sure we don’t forget.

The truth is that as long as we allow ourselves to do this, we are living in the past and depriving ourselves of the chance to live in the present. Research has shown that people who hold on to chronic forgiveness are more prone to long-term stress which compromises the immune system. Yes, anger and resentment can make you sick! 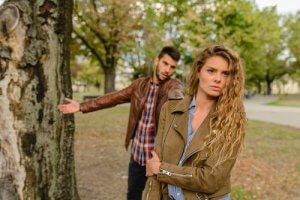 If you are struggling to forgive someone who is not remorseful for their hurtful actions, perhaps it will give you peace to simply revise your expectations of them. If you no longer expect them to meet certain standards, then you would be foolish to get upset when they don’t.

After Forgiveness… What Next

A close family member did something which hurt you deeply. You have been struggling to forgive them for a long time and it has finally happened. You can confidently say that you have forgiven them. The thought of them no longer makes you angry. You no longer feel that strong hatred towards them. What next?

The tips to think about after forgiving someone

Forgiving someone who hurt you does not amount to absolving them of guilt. It doesn’t make what they did right. Rather, forgiving frees you from the shackles of the past and leaves you free to live in the present and enjoy the future with peace of mind. It is more about loving and honoring yourself than excusing the other person. It is the best gift you could give to yourself.