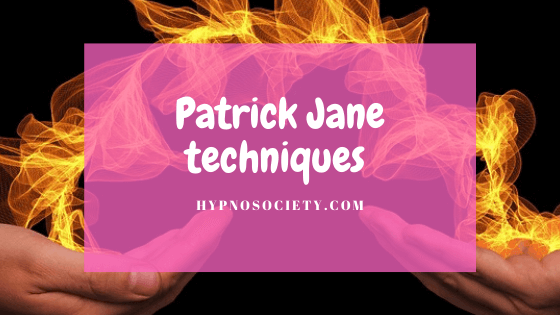 If you have ever watched ‘The Mentalist,’ then you probably know of Patrick Jane’s impeccable skills as a mentalist. Basically, the show is about a former fake psychic who has excellent skills when it comes to reading people.

He uses these exceptional skills to assist the California Bureau of Investigation in solving a weekly murder case in every episode as a private consultant.

You cannot help but fall in love with Simon Baker’s character, especially if you are particularly intrigued by the tricks in mentalism. Without a doubt, this show is responsible for making mentalism cool and current again.

Therefore, how can you master some of the popular techniques of Patrick Jane?

The secrets behind Patrick Jane techniques

If you want to become a top-notch mentalist like Patrick Jane, you have to understand the basic concepts behind mentalism psychology.

Whether it is reading body language or use of shape projection, all these concepts come into play when actualizing the tricks of mentalism. It is vital to become conversant with these techniques and start practicing once you have a full theoretical mastery of them.

To help you master mentalism, we’ve reviewed some of the best books on the subject.

Some popular Patrick Jane techniques include:

One of the most popular Patrick Jane techniques is the use of mental shape projection, where he often uses it to misdirect other people into saying what he wanted them to say in the first place.

Basically, it is using the art of misdirection into making people think, say, or imagine what you want them to think, state, or picture.

Watch this video to see him in action with this particular technique.

If you noticed, he began by using a frame to draw an imaginary screen between them, forcing his colleague’s mind to focus on this specific area. In turn, his colleague is so focused on the words that she does not notice his hand movements.

They have both fixed their gaze on each other, which is making her mimic his actions. This technique utilizes the brain’s ability of ‘selective attention.’ Although your conscious brain notices the actions done, it does not focus on them, allowing access to the subconscious mind.

Next, he uses the skill of misdirection to lure his colleague into thinking like him.

By using both his hands and words, he makes his partner imagine the scene just like he wants her to, by even directing her to think of the exact shapes he is thinking; thus, the use of shape projection in mentalism.

Watch the video again and take note of his subtle words and hand movements.

Patrick Jane has excellent inductive and deductive skills, often leaving people with a question in their heads; how? He embodies exceptional intuition with the ability to extract information from any situation.

The use of mnemonics is one of Patrick Jane’s most common techniques, as well as Sherlock Holmes in solving criminal cases.

Mnemonic strategies are ways to help in improving the memory of an individual, allowing the remembrance of large chunks of information.

Developed by Ancient Greeks, mnemonics have been used throughout history to facilitate the recollection of accurate information where external reference sources are unavailable.

One of the most ancient forms of mnemonics is the Method of Loci, also referred to as memory palace or mental walk.

This method involves choosing a memory palace, which could be your bedroom, home, or office, somewhere where you can easily see the items and rooms clearly in your mind.

The memory palace is where you shall store your memories in a manner that is easy to remember. Visualize your memory palace vividly and make up a route that you will use as you go through it.

The Method of Loci works by associating a specific room in your memory palace with a particular memory. It also helps if you connect these rooms and memories with specific actions and emotions to assist you in remembering them later.

Body language interpretation allows mentalists to read micro-expressions that determine what a particular individual is thinking.

Patrick Jane reads guilty accomplices and criminals by interpreting their body language, making them reveal information about themselves that they would never think of bringing to light.

Some various mental strategies and techniques enable Patrick Jane to make accurate body language interpretations. From observing facial expressions to simple body movements, like fumbling with your hair or fingers, you can accurately deduce whether a particular individual is lying or telling the truth.

Changes in the rate of breathing should also assist you in reading body language.

If you are familiar with conversational hypnosis or Neuro-Linguistic Programming (NLP), you have probably heard of cold-reading. It is a mental technique whereby people reveal more information about themselves unconsciously.

Cold reading also occurs when you make people believe or go with your suggestions without questioning them. This technique utilizes both body movements and language to get a response from the person you want to read.

In the clip you previously watched of Patrick Jane interacting with his colleague, you could see how he made her imagine and even come to a similar conclusion as him, a technique achieved by cold reading.

He asked her open questions indirectly, like where he told her of the square shape and gradually led her to imagine a triangle by use of his hand movements.

Cold reading also helps in body language interpretation as you can learn any piece of information that your subject does not want you to know. It can be used to establish trust through deception, similar to the workings of horoscopes.

Horoscopes deliver random and deceptive information, but still have people believing in them and continuously seeking what the planets have in store for them and their lives.

Generally, this technique depends on what and how you say things as well as your body language. Patrick Jane is always confident and charismatic, regardless of the situation. His presence and appearance help him in performing his mentalism techniques.

Your body language also contributes to cold reading since the other person is likely not to believe any suggestions from a person with a hesitant or weak character.

Modern mentalism requires mastery of the skill to hypnotize people. Not only does it make magic tricks more believable, but it also helps them in detecting a liar on the spot, a skill very familiar to Patrick Jane.

With the help of hypnosis, you can notice an individual is lying when they change their eye patterns, show fake smiles and voice changes, as well as muscle movement.

The art of hypnosis also gives room for inductions while making you aware of the rules of the mind and how to make hypnotic suggestions.

Patrick Jane is definitely a character worth numerous and amazing rewards. From his exceptional mental abilities to his charismatic personality, he can solve just about any criminal case and still manage to find some time to pursue his own investigative interests.

If you want to become an excellent mentalist like Patrick Jane, I recommend that you enroll in a mentalism course and begin practicing your techniques as soon as you learn them.

Do not forget to exhibit confidence in all that you do to make your strategies more believable and realistic.