Body language signs he likes you 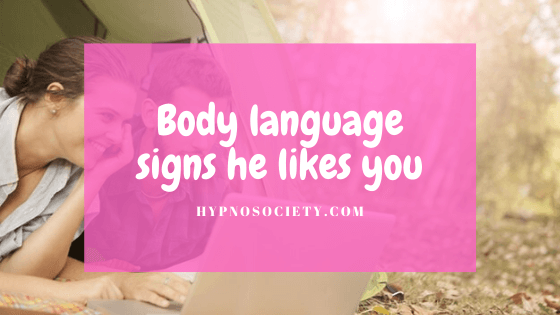 Sometimes when someone likes you, it’s not all that clear, and if you’ve been in that situation, at the very least, it is super frustrating. We don’t have enough roses to go around where every woman can pluck the petals in an attempt to know if “he loves me” or “he loves me not.”

Thankfully, there are more natural ways to establish that. In this article, we are going to let you know body language signs that tell you that he likes you.

Before we get started, men are different, and not every one of them will tick the boxes of all the signs we state here. If the tick more than a few, then it indeed is a sign that they are into you. Overall, you can also exercise judgment to make sure that you make the right call.

The body language signs that show he likes you

His eyebrows raise when you walk into the room 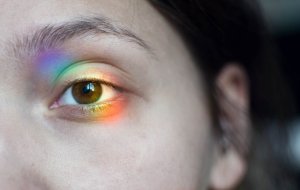 A man who likes you will not be afraid to show that you merely stepping into the room has lit up his day. He will raise his eyebrows to show that he’s acknowledged you and perhaps followed with a smile. The same thing goes for when you’re talking; it shows that he’s engaged with you in conversation.

He’s nervous around you

It goes both ways; when you are around someone you like, admire, hold in high regard, etc. we tend to be nervous, and it’s no different from him. It might not show, but you can pick up subtle nonverbal cues such as him fidgeting, smiling a lot, ruffling his hair, and the like. 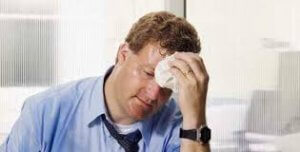 It could be a cold day, but if he’s sweating and hasn’t run a marathon or eating a spicy dish, it could be an indication that he likes you. When we around someone we like, we get a stress reaction that results in the body getting flooded with adrenaline. His heart is racing, and he’s feeling quite hot, all because he likes you.

He has a harder time finding words around you

If you’ve seen him in a social context and been impressed with his words, only for him to fumble when around you, then could be a sign he’s into you. His mind is working overtime to find the right words that the signals between his thoughts and words scramble, leaving him to have a hard time forming sentences.

He is relaxed around you 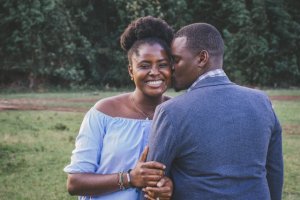 The other side is that you have a man that is super comfortable around you that he’s able to lay back and relax. That is, of course, after he has gotten over the initial nervousness. It shows that he can be himself around you, which is what men look for when looking for a partner.

He “accidentally” touches you

It could be under the table, as you’re walking past when you’re in a group- it doesn’t matter. A man who likes you will appear to always “accidentally” touch you, albeit lightly. It signals to you the desire to have physical contact with you, and it doesn’t have to be sexual.

His smile is genuine

The smile of a person who’s happy to see you and be around you hits different, and you will tell when that happens. When a man is having a good time around you, he won’t be afraid to show it even through smiles. If there is not too much of that going on, then you might have to rethink a follow-up date.

He finds you funny

You might not be a comedian or have a killer sense of humor, but if he laughs at the things that you say, then it shows he does like you. He’s not doing it to mock you, but more to encourage you to keep talking. If you’re always getting blank stares, your humor is either too complex, or he’s checked out.

He’s focused on your actual eyes

When a man likes you, he’s aware that your eyes are “up here,” and that’s where his focus will remain. It, however, needs to be balanced; if he’s making eye contact with you most of the time, then he’s into you.

If he looks into your eyes 100 percent of the time, then you’re dealing with a creep. If most of his attention is on everything else apart from your eyes, your burst included, then you have some rethinking to do.

He likes being close to you 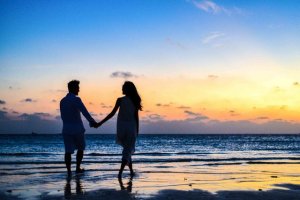 If you’re in a noisy place or even out and about, a man who wants you will close the gap between you two. It won’t be to infringe on your personal space, but more to show you that he’s keen about you.

It also signals to others that you’re together. In general, him leaning it when you’re talking is also a sign that he’s genuinely interested in what you have to say.

His body faces your direction

He might not turn and face you, but if you notice his body’s general direction is tilted towards you, then he likes you.

If you’re in a place seated and he faces forward the entire time even as you talk, then it could be he’s not that interested. The action of facing someone is subconscious, and when that changes, it could be his attention has gone elsewhere.

If you ‘ve been with a man that feels as though you always have to increase your pace to catch up with him, then those are signs of a man that’s only into himself.

If he likes you, then he’ll adjust his speed so that you can walk together. The exceptions are if you’re walking in a crowded or unsafe area; otherwise, you should be walking together.

He talks to you differently

A man who likes you will adjust his voice to be much lower and almost seductive when talking to you. You might also find his voice to be affectionate, meaning that he’s let his guard down, and he’s willing to indeed be vulnerable around you. If he talks to you like one of his boys, then you might want to rethink where you stand in his life.

A man who likes you will pay attention to you, even when there is a lot of distractions around you. If he stops to watch football on TV, looks at other people around the bar or restaurant, checks his phone, etc. then it shows that they don’t want to be around you, at least not at that time.

However, if he’s focused on you, and even put his phone on silent, then he’s into you.

He notices little things about you

A man who’s interested in you, you’ll see that his eyes are lingering on specific aspects of you. If you have a fantastic outfit on, before complimenting you, he will have looked at the clothes. The same goes for your eyes, hair he’ll notice things about you, and make sure that he complements.

There is a lot more a man can do to show you that he does love you. You also have to be observant so that you don’t miss the opportunity to get with a good guy.