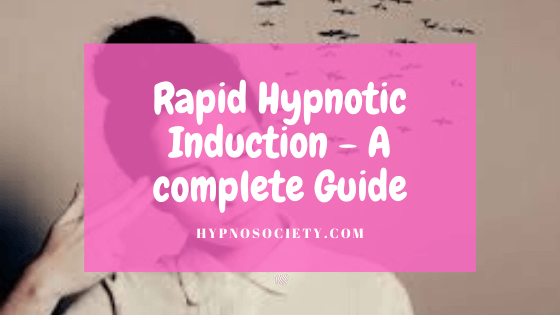 Do you believe that someone can put you out in a full hypnotic state using a few words or even one word, even if they don’t really know you?

Rather do you believe in hypnosis or the idea of going into a deep trance state that gives you access to some deep-seated trauma or experiences that you didn’t even know existed because they were buried deep down in your memories?

For most of us, hypnosis is just an idea – something hypnotists and proponents of hypnotherapy use to make us believe that going through hypnosis would cure most, if not all, of our problems. Or, at the very least, make it possible for us to understand why something happening to us is actually happening.

At the end of the day, we seek to understand how being conditioned to respond to a certain word/ phrase, scent, or action could initiate a series of events at a subconscious level.

But even with the uncertainty around hypnosis, it would appear that hypnotherapy done right would result in significant changes in your life. Generally, hypnosis is believed to achieve the intended goals through the professional use of specific hypnotic techniques.

One of these hypnosis techniques is induction, and rapid hypnotic induction is a form of induction. Before we look at the latter, let’s first take a look at induction hypnosis.

What is Hypnotic Induction?

In hypnosis/ hypnotherapy, hypnotic induction refers to the simple actions or words that a hypnotist says so as to get the person under hypnosis out of the hypnotic state.

If you’ve ever wondered about how a hypnotherapist or a hypnotist gets their hypnotee/ client into hypnosis or how stage hypnotists get to hypnotize volunteers in stage shows for hypnosis, the answer to all these and other questions you may have lie in this technique called hypnotic induction.

During the induction phase of hypnosis, the person being hypnotized will be guided into their hypnotic state from where the hypnotist uses different types/ variations of what they call State Deepeners to ensure that the hypnotee is hypnotized sufficiently. 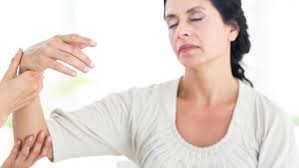 In all hypnotic induction techniques, the Induction stage is where the hypnotee is actually hypnotized. In most cases, the rapid induction will take place instantaneously (hence the alternative names like speed hypnosis, instant inductions, fast inductions, or rapid hypnosis, among other monikers), depending on the level of training and the techniques used by the hypnotist.

But the rapid inductions are not just popular with the street artistes and hypnotists; certified hypnotherapists are now using rapid hypnosis in a bid to cut down the time otherwise spent in induction when using other techniques like progressive hypnotic induction.

This rapid hypnotic induction is also used by hypnotherapists who understand that getting their clients to the more relaxed and trance state may be inappropriate or when a client is in pain.

Now, whether you are in a rush to get out of the office or you are dealing with a client in acute pain, there are three types of rapid induction you could try. These are Shock inductions, pattern interruption inductions, and confusion inductions. 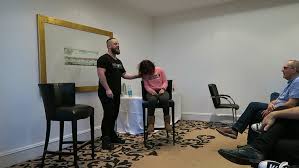 These rapid hypnotic inductions get their name from the fact that the inductions involve the actual use of shock. In this case, a hypnotist would ask the client to take part in an activity, or they may distract the hypnotee in a way before exposing them to something that shocks them, as they ask the hypnotee to sleep.

By doing that, the person being hypnotized would most likely go into a hypnotic state, instantly and they will not have any time to think about the shock or process what just happened, meaning that their fight/ flight responses will not be activated.

When this happens, it’s naturally easier for anyone to fall ‘asleep.’ Remember, however, that this ‘sleep’ state doesn’t mean that the person going through hypnosis will actually fall asleep. 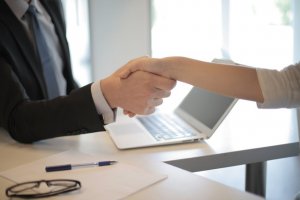 Note, however, that the handshake interruption is not enough, and you have to tell the hypnotee to ‘sleep’ for them to enter the deep hypnotic trance state. 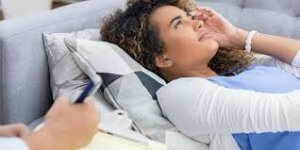 With this confusion induction technique, the idea is that the person undergoing hypnosis will be, at a subconscious level, be put in an ‘overloaded’ state, which disrupts their ability to focus actively or continuously.

For example, if they are counting backward from 1,000 in variations of 23, moving one hand in one predetermined direction, the other hand moving in the opposite direction while reciting something else, this person will have so much going on, and they will be confused easily because of the overloading.

In this overloaded state, the hypnotized person will have no other option but to ‘sleep’ instead of getting stuck in the confusion.

Why Rapid Inductions Are Not Always Recommended

They appear to be flashy

Although they are common with street hypnotists on stage and that the rapid inductions could be used in the therapy rooms, some hypnotherapists question the effectiveness of this induction technique. 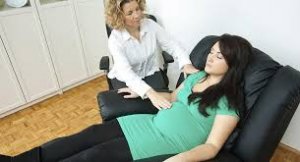 The other reason why some hypnotherapists are against hypnosis has to do with the fact that the rapid hypnotic induction often involves touching the client, and the touching may be inappropriate. It’s important to remember that as much as touching is an important part of hypnosis, it must be appropriately done.

So, if a client or you (hypnotherapist) are uncomfortable with touch, then this approach should be avoided. On the same note, the hypnotists using this technique must learn to ask for permission to touch the subject before hypnosis, and if they refuse or seem uncomfortable, then the whole process must be aborted.

They are not very comfortable

When is rapid induction contraindicated?

When the person seeking hypnosis is frail, if they are ill, or if they have injuries, for example, a technique like a pattern interruption would not be a good option if the hypnotee has a shoulder or arm injury. As with other techniques, safety comes first.

The other contraindications include: